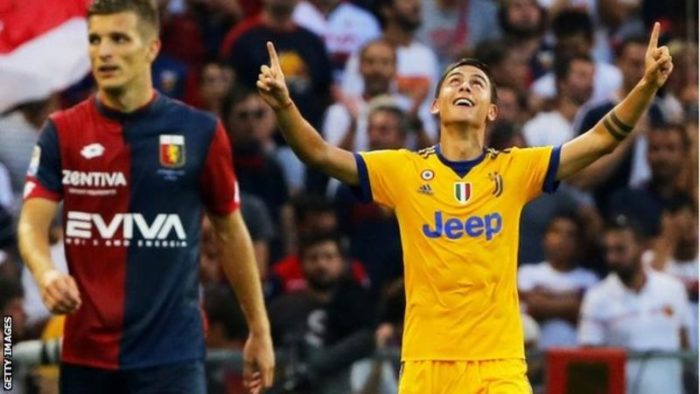 Paulo Dybala scored a hat-trick as Serie A champions Juventus came from 2-0 down to beat Genoa.

The hosts were two up after seven minutes thanks to a Miralem Pjanic own goal and a Andrey Galabinov penalty.

But Dybala pulled one back from Pjanic’s pass and then scored a penalty to level.

BBC Sports reports that Juan Cuadrado put Juve ahead when he chested the down before cutting inside and curling home, and Dybala crashed home a fourth in injury time.