What's The Fuss About Charlie Boy & Group Protest On Diezani? 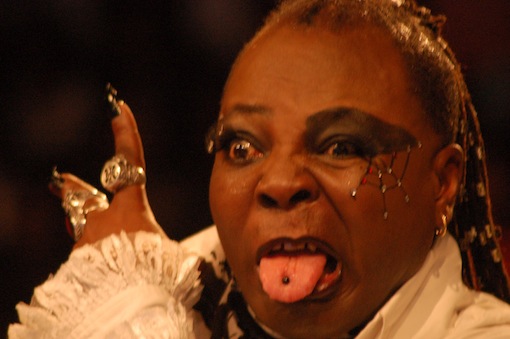 Recently, one has observed a lot of public misgivings and the attendant comments on the proposed Charlie Boy and group protest against Diezani Allison Madueke which makes interesting reading of public discourse.

Be that as it may, one thinks we must recognize and acknowledge one indisputable fact and it is that Mr. Charlie boy & group right to protest on whatever they deem fit, is their cup of tea, or are they forcing anybody to be a part of the protest? Absolutely not I suppose and know.

Secondly, in as much as a lot of people are already making assumptions about the motive for the planned protest which is none of our business, one recognizes that the power of a human being to reason along a particular direction on an issue is personal and there’s nothing we can do about it.

Some have said that Charlie Boy and group are embarking on this sit out or protest to save face with the Nigerian people after the fiasco of the #resumeorresign campaign in Wuse market, Abuja, what can we do but to smile and hume under our breath, okay oh!

Fourthly,, saying that Charlie Boy or man protest on Diezani Madueke is a ploy to get her extradited and let off the hook by a compromised judiciary at home is a denigration of our temple of justice and totally unfair because you can’t on the basis of the failure or criminality of some few corrupt judicial officers, generalize. If you have lost faith in the judiciary because of the misconduct of some few, you are on your own for our hope and confidence in the Nigerian judiciary, remains firm no matter the sorry state of affairs. One cannot and refuse to give up on any institution of government but will continue to engage until we clean out the bad eggs after all, this malaise of corruption which has eaten deep into our national fabric is not peculiar to the judiciary alone and one is conscious of that fact.

Let Charlie Boy and group protest or sit out for as long they want wherever, one fact remains very clear and it is that Diezani Allison Madueke is already standing trial in the courts in UK and until her case is disposed off judicially, one thousand and one protests, sit outs and rally march, is an exercise in futility and am sure that Mr. Charlie Boy knows this fact but is being clever by half, which makes no meaning to us.

However we have a piece of advise for Charlie boy and group as we wish them Goodluck in this new found vocation of his, and it is that he should please not repeat the mistake of taking his protest on Diezani near any market or its environs, lest history repeat itself.

A word is enough for the wise.