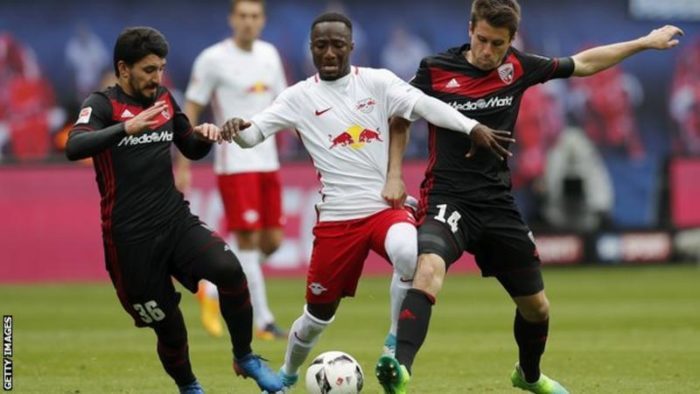 Liverpool have agreed a club record deal to sign RB Leipzig’s Naby Keita, with the midfielder moving to Anfield in July 2018.

The Reds have agreed to pay the £48m release clause that will allow the 22-year-old to move next summer, plus an undisclosed premium.

Keita had been one of Liverpool boss Jurgen Klopp’s primary targets this summer, but Leipzig refused to sell.

The deal will surpass the £35m paid to Newcastle for Andy Carroll in 2011.

According to BBC Sports, Liverpool had already had two offers for the Guinea international rejected this summer – the second understood to be about £70m – but now a compromise deal has been reached where Leipzig keep their prize asset this season and Klopp gets the player next summer.

So far this summer, Liverpool have signed winger Mohamed Salah from Roma for £34m, full-back Andrew Robertson from Hull for £8m and striker Dominic Solanke after his contract at Chelsea expired.

The Anfield club are also prepared to test Monaco’s resolve to keep midfielder Thomas Lemar with an offer of about £60m before Thursday’s transfer deadline.