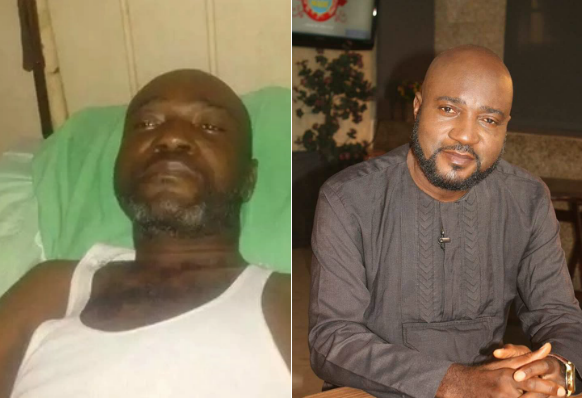 Nollywood actor, Obi Madubogwo, who has been battling diabetes is dead!

This was revealed by popular OAP, Enoh Ogbevire on Twitter;

Nollywood loses another actor Obi madubuogu (battle of musanga). May his soul rest in perfect peace Amen
According to another report, the actor developed fever yesterday and was rushed to the hospital this morning, where he died due to health complications.

His family will be taking his remains to his home state tomorrow, August 29, 2017. 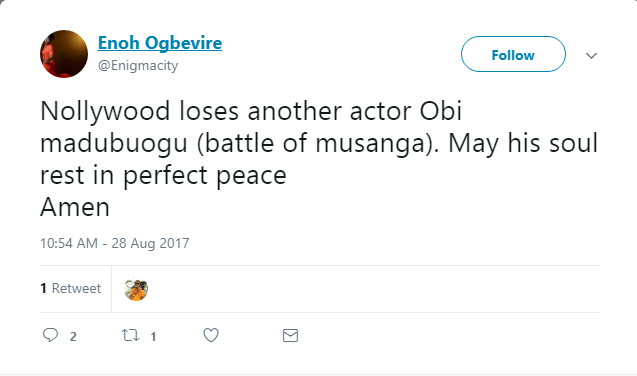