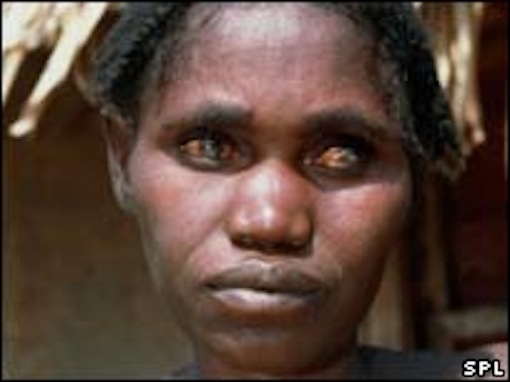 The World Health Organisation (WHO) says it has recorded success in controlling river blindness in Africa after more than 40 years of sustained effort.

Dr Matshidiso Moeti, the WHO Regional Director for Africa, said this in a statement in Abuja on Tuesday while highlighting the organisation’s progress in the past biennium in the region.

The regional director said the report aimed to highlight the progress achieved in emergency preparedness and response, elimination of priority diseases such as HIV, TB and malaria.

She said it also aimed to highlight continuing efforts by the organisation in tackling non-communicable diseases, progress in protecting children from illness and deaths, among others.

She said that to ensure Africa becomes polio-free by 2019, over 190,000 polio vaccinators have so far immunised more than 116 million under-five children in 13 countries in West and Central Africa.

“WHO’s reforms in health security including the establishment of the Incident Management System led to effective coordination and deployment of over 2,500 experts in 2016.

“These experts responded to over 150 public health events including outbreaks such as meningitis, Lassa fever and cholera, as well as the health effects of drought, floods and food insecurity.

“In 2016, WHO together with Ministries of Health and partners in Angola and the Democratic Republic of the Congo (DRC), vaccinated over 30 million people in a matter of months, to end the largest ever yellow fever outbreak.

“Within 48 hours of being notified of the Ebola outbreak in the Likati zone in DR Congo, WHO worked with the country and partners to effectively respond which led to the outbreak being brought to an end within two months.

“Togo is the first country in the African Region to achieve WHO’s validation of elimination of lymphatic filariasis as a public health problem,” Moeti said.

She drew attention to the urgent need to address antimicrobial resistance in the region as it has serious implications for treatment failure, rising costs and increased disease burden.

She said the organisation was also working with countries in the region to improve diagnostic capacities of TB laboratory services in order to address the growing problem of drug-resistant TB.

READ: US pastor under fire for ignoring victims of Hurricane Harvey

According to her, Multidrug-resistant Tuberculosis (MDR-TB) treatment programmes have been established in 40 of the 44 countries that have ever reported a case of MDR-TB.

Moeti said the region also experienced remarkable progress in the protection of children from illness and deaths during the biennium.

“WHO and partners supported the inclusion of pneumococcal conjugate and rotavirus vaccines in the national routine immunisation schedules of 38 and 31countries, respectively.

“The RTSS vaccine, which has demonstrated partial protection against the malaria parasite plasmodium falciparum in young children, will be piloted in Kenya, Malawi and Ghana in 2018 and is expected to contribute to reducing child deaths,’’ she said.

The regional director however observed that while national immunisation coverage rates were high in many countries; one in five children still do not have access to all the vaccines they need.

She attributed the setback to inequities and coverage gaps associated with household income and the mothers’ education.

Moeti expressed optimism that the problem would be resolved as African Heads of state show commitment to putting into action the Addis Declaration on Immunisation (ADI) which was endorsed at the African Union Summit in January 2017.

She commended partners and member states for their support and concrete actions which have contributed towards the progress recorded.

Moeti said that the organisation would continue to work with them to deliver results that transform the health of all Africans through universal health coverage for achieving the Sustainable Development Goals (SDGs).