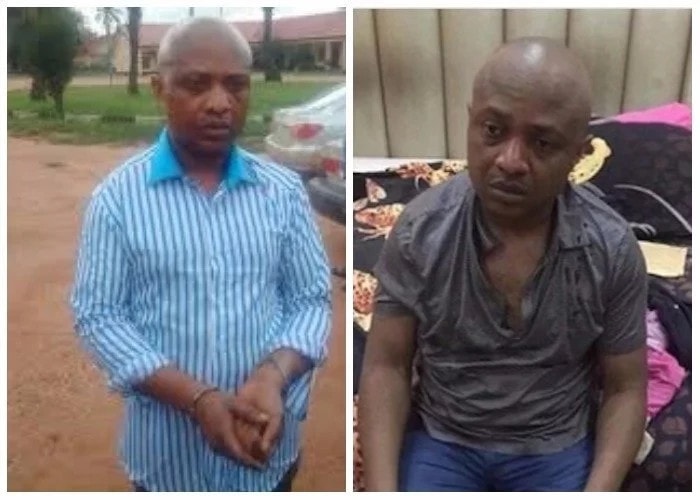 Evans, after he was captured

Suspected kidnap kingpin, Chukwudumeme Onwuamadike, a.k.a Evans and five others were on Wednesday docked before an Ikeja High Court in Lagos.

Evans was arraigned alongside Uche Amadi, Ogechi Uchechukwu, Okwuchukwu Nwachukwy, Chilaka Ifeanyi and Victor Aduba on a two-count charge of conspiracy and kidnapping.

Evans, Amadi and Nwachukwu pleaded guilty to the charges while Uchechukwu, the only female defendant, Ifeanyi and Aduba pleaded innocence of the offences.

According to the prosecution led by Mr Adeniji Kazeem, the Lagos State Attorney-General and Commissioner for Justice, Evans and his accomplices committed the offence of conspiracy at 7.45 p.m. on Feb. 14 on Obokun Street, Ilupeju, Lagos.

The prosecution said the defendants between Feb. 14 and April 12 on Obokun Street, Ilupeju, while armed with guns and other dangerous weapons, captured and detained Mr Duru Donatius.

According to Kazeem, the defendants collected a ransom of 223,000 euros for the release of Donatius.

After the charges were read to them, Kazeem, requested for the remand of the defendants.

“Following this arraignment, we will like to apply for the defendants to be remanded in custody and obtain trial dates for the ones that have pleaded not guilty.

“While for those that have pleaded guilty, we will like to lay out our statement of facts following which Your Lordship will adjourn for sentencing,” Kazeem said.

Mr Olukoya Ogungbeje, counsel to Evans, Amadi, Uchechukwu, Ifeanyi and Aduba told the court that he and his team had not got the opportunity to “confer” with his clients.

“With respect to the application from the learned Attorney-General, we shall not be opposing same.

“However, the defence team just had the opportunity of meeting our clients this morning in court for the first time, we were just served with documents in the open court this morning.

“All the defendants have since been in the custody of the Police and we have not had the opportunity of conferring with them regarding the offences which are capital in nature,” Ogungbeje said.

The vacation judge, Justice Hakeem Oshodi asked the Attorney-General for his choice of prison for the defendants to be remanded. 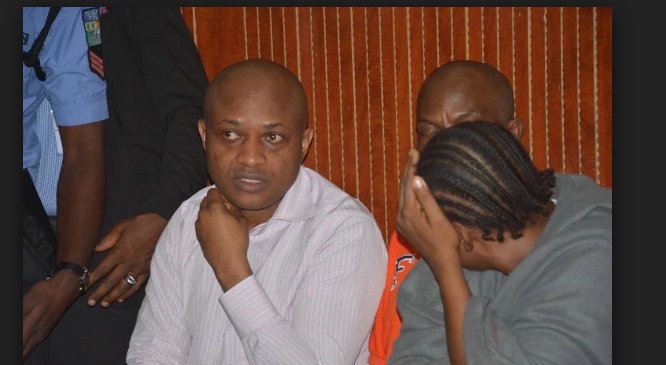 Remanding Evans and his alleged accomplices, Oshodi said:“ The first, second, fourth, fifth and sixth defendants shall be remanded in the Kirikiri Maximum Security Prisons.

`While the third defendant shall be remanded in the female wing of the Kirikiri Prison,”

The courtroom and the court premises was heavily guarded with scores of armed security personnel.

The courtroom and court premises were also packed with reporters, photographers as well as curious onlookers, who wanted to
catch a glimpse of Evans, who allegedly made billions of Naira from his victims.