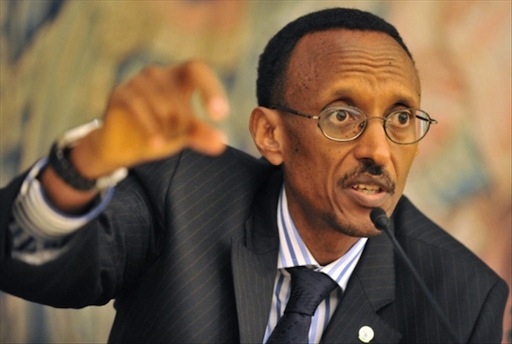 Rwandan police said on Wednesday they were investigating Diane Rwigara, a critic of President Paul Kagame for tax evasion and forgery.

Rwigara, was barred from challenging the president in the Aug, 4 elections, in which Kagame, was re-elected to a third seven-year term with 98. 79 per cent pf the vote.

Rwigara, a 35-year-old accountant, has repeatedly accused Kagame of stiffling dissent and criticised his Rwandan Patriotic Front’s near total hold on power.

Police said on Wednesday they had searched Rwigara’s house after receiving documents from the electoral commission, without going into further details.

The phones of Rwigara and three family members were switched off on Wednesday when Reuters called them.

No one answered when a Reuters reporter rang the door bell at the home.

The police spokesman said the allegations of tax evasion were being jointly investigated with the Rwanda Revenue Authority.

The authority’s Commissioner General, Richard Tusabe, said the Rwigara family’s tobacco company had not paid taxes “over a period of five years.”

No one in the family was immediately available to comment.

Electoral authorities barred her from standing in August’s presidential vote, saying she had not submitted enough supporters’ signatures and some of the names she did send in belonged to dead people, allegations she denied.

The U.S. State Department and the European Union criticised the decision to disqualify her from the vote.

Kagame has won international praise for presiding over a peaceful and rapid economic recovery in Rwanda since the 1994 genocide, when an estimated 800,000 people Tutsis and moderate Hutus were killed.

He has also faced mounting criticism for what human rights groups say are widespread abuses, a muzzling of independent media, and suppression of political opposition.