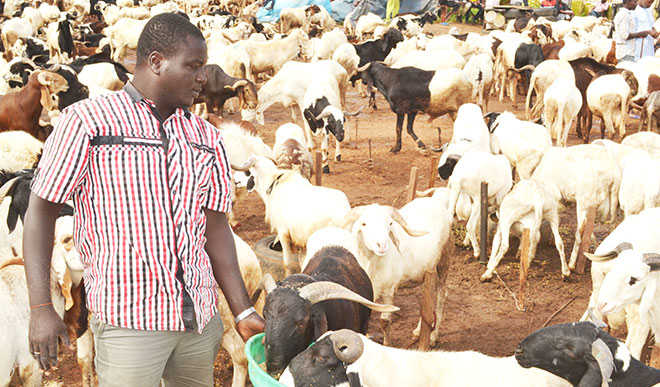 The Senate Leader, Ahmad Lawan, has supported over 1,000 families in Yobe North Senatorial District with domestic animals to enable them fulfill their sallah obligation of animal sacrifice.

Alhaji Muhammadu Maimagani, aide to the Senator, told newsmen in Gashua, Yobe, on Wednesday that apart from cows and rams, the constituents were also showered with cash.

“These days, we have been extending the Senator’s goodwill to the people to enable them make early preparation to celebrate Sallah.

“This is in continuation of his gesture since his election into the National Assembly in 1999.

“This gesture today will no doubt enable many families in Yobe North Senatorial District to fulfill their religious obligations,” Maimagani said.

He congratulated the beneficiaries and urged them to imbibe the spirit of Eid-El-Kabir  by extending the goodwill to others who did not benefit.

He said that last month, Lawan had assisted over 4,000 people from his constituency, made up of Bade, Jakusko, Karasuwa, Machina, Nguru and Yusufari Local Government Areas, to undergo eye surgery and treatment.

According to the aide, the legislator also purchased forms and paid for registration of about 500 candidates for JAMB and Direct Entry.

He said the relentless efforts of the senator in securing appointments for youths in Federal Government establishments, had given those youth a sense of belonging and hope.

“The beneficiaries now have decent means of livelihood and also assist their parents and relations at home economically.