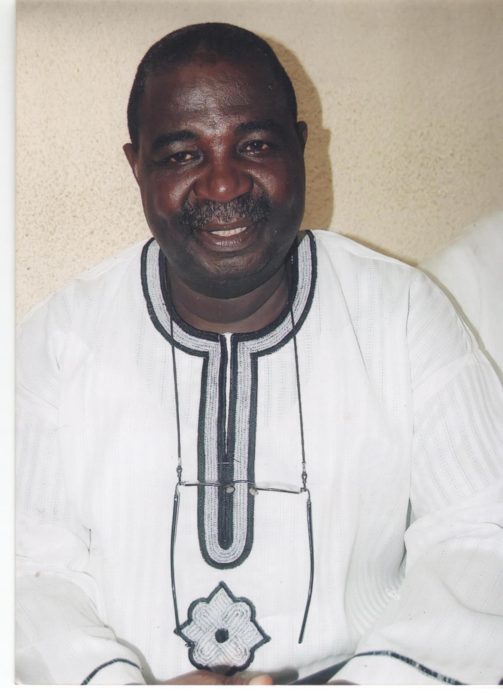 He was meeting his boss, Fela Anikulapo Kuti for the first time at the most unlikely place-prison! The legendary musician had been locked away in Benin for falling foul of the Buhari/Idiagbon regime’s stringent foreign currency law on his way to an international engagement in 1984, So here he was alongside Dr. Beko Ransome-Kuti, Fela’s younger brother and Francis Kertekian, the musician’s US based manager at the office of the Controller of Prisons that Saturday afternoon awaiting the arrival of Fela.  The young business manager was introduced to Fela without any formality after which two of the top politicians then serving time in the same prison on conviction on charges of corruption by the regime walked in two former governors- Alh. Barkin Zuwo,  of Kano State and Alh. Lafiaji of Kwara State.  He was surprised hearing Barkin Zuwo actually thanking Fela “for giving the Muslim community in the prison, money to type minutes of their meeting…”

For Dele Morakinyo, managing the affairs of Fela at such a testy time was onerous but his background came in handy. Born to a school Prncipal, late Christopher Morakinyo of Ijan-Ekitiin Ekiti state and Mrs Victoria Morakinyo, also a retired teacher from, Lampese in present Edo state, he attended Christ’s School, Ado-Ekiti. His five year stay in the school influenced his artistic inclination as the school provided the right environment for creativity as students had time for extracurricular activities. He was active in literary studies, drama and scouting.  He taught briefly as a teacher in the primary school before he got admitted to the University of Ife, now Obafemi Awolowo University, Ile-Ife to read Dramatic Arts with specialization in Playwriting. He studied under renowned theatre scholars like Professor Wole Soyinka, the late Dr Carroll Dawes, Sumbo Marinho, Oba Segun Akinbola and Dr Olu Akomolafe among others. He was in the production troupe of the 1st Ondo State Festival of Arts and Culture in 1976 and has produced drama and documentaries for radio and television. He was Assistant director in Jaguar Nana’s Daughter (film), The Turning Wheel (TV) and Prince of the Savanna (film). His feature and opinion articles have been published in The Guardian, Lagos Life, Sunday Concord, The Entertainer and Tempo magazine among others.  He also won the 1st poetry prize in the professional category in the Oyo State Festival of Arts and Culture back in 1980. After graduation he freelanced on radio and newspapers before joining NTA, Ibadan. Moving to Lagos subsequently, the arts community welcomed him with open arms. Indeed, he featured in a popular soap on Lagos Television at the time tagged, Just a Wink …

Morakinyo who was introduced by Femi Falana, one of Fela’s lawyers  to Beko Ransome Kuti for the job settled in easily as Business Manager at the Kalakuta Organiztion intent on proving his mettle.  Some of his achievements while there include the registration of Kalakuta Organization Ltd to take care of Fela’s business; signing of the contract for the release of Fela’s back catalogue by a recording company and participating actively in the dramatic activities which led to Fela’s release from prison and all the accompanying media hype that took place then. “I guess it was a worthy experience which had its own impact o my life,” he reminisces. “I mean working closely with such iconic family could not but be eventful.” Still, he had to leave soon as Fela was released from prison. On why he did not stay for long with Fela, he says: “From the beginning Femi, Fela’s musician son who was then pivotal in the Egypt ‘80 band during his incarceration did not approve of my engagement. To him I was ‘Beko’s manager.’  And Beko’s peculiar personality was difficult to fathom, and that made working under his supervision a bit uncomfortable, tried as one would. The truth is that he didn’t target you as an employee; that was just him. And then the sudden, but welcome release of Fela from prison which gave Beko a relief, and obviously the need for a third party intervention became needless. There were other details which might form part of a future work.”

But his foothold in Lagos had been secured. Later he was to publish the Independent Broadcasting News, now rested and serve as National Secretary General, National Association of Nigerian Theatre Arts Practitioners, NANTAP for two years and ex-officio for three years. Then he joined Videolab/Audiolab Studios, the production arm of BatesCosse, an advertising agency in Ikeja, Lagos as Operations Manager… In 2008, the then governor of his home state in Ekiti,  Dr.  Segun Oni nominated him to the Presidency for appointment as  Ekiti State Director of  the National Orientation Agency (NOA) which duly was ratified.

Inevitably he relocated to Ado-Ekiti.  NOA was a unique exposure to public service at the very high level for him. The similarity of the mandate of the office with his background in theatre, media, writing and creativity generally made it interesting but equally challenging. As he recalls: “I virtually walked into my role as a mobilizer in the establishment; in fact the management I met on ground actually believed I had prior knowledge of the organization’s duties. I found the job appropriate for my kind of person-gregarious, chatty, creative and perceptive. It was not the normal civil service type of assignment where you were confined to the desk, pushing files across, the contents of which you had very little knowledge of! Here, you carried out the thinking, planned the execution, delegated the duties, co-ordinated and supervised the process from concept to finish, and ultimately being in a position to evaluate the impact. You only needed to send a report to Abuja through pictorial and audio-visual evidence. And because you felt you were performing, your bosses out there had confidence in you and left you to carry on unhindered, though responsibly within the ambit of the Act which established the Agency, and the law of the land.”

After the tour of duty which lasted four years, he did not bother to return to Lagos. Instead he launched his outfit, Diaspora Media, a multi- disciplinary creative hub engaged in concept, contents and production as well as consultancy, training, event management and promotion of ideas. He has thus been shuttling between Ado-Ekiti, Ibadan, Lagos and Abuja in pursuit of business opportunities. In 2015, he founded Niyi Osundare International Poetry Festival where he is the Chief Executive with Tunde Laniyan, a veteran theatre artiste and journalist as festival director to celebrate the peoples’ poet on an annual basis. On what informed the setting up of the festival, Morakinyo says: “The idea was borne out of the inspiration that at a time when Nigeria was reeling under the burden of bad and dictatorial leadership, there was this Nigerian out there garnering literary honors in poetry across the globe. Prof. Osundare was, and still is the most decorated poet in Nigeria, and more instructively his poetry is deliberately made accessible to the people about whom he writes, and to whom he directs his message.” Instructively as preparation for the maiden edition peaked, the poet was pronounced the winner of the National Merit Award for Arts which is the country’s highest award for academic excellence.  The annual event which is in its fourth year has been garnering global attention and accolades much to his delight. “It is making an impressive impact because as we speak one or two other attempts are being made to organize something similar. But as we say on the street, Oga na still master; and as founder, I remain proud of the vision. We are marching ahead, yes with minimum funding support for now but with maximum co-operation in the area of contents and attendance,” he beams.

So how does the restless thespian, TV producer, writer and publisher feel as he clocks 60 this September 3?   “I feel good, thankful for what I have received and working and hopeful of what I still desire from life,” he replies. “The truth is that one cannot stop functioning, and life is like planting, so as long as you plant, you hope to harvest.”

On regrets, he says with philosophical calmness: “I don’t think it is right to regret while you are still alive. And who says your best is still not on the way? He queries. “I am learning to embrace what I have, overlook what I cannot no matter how well I strive, and work towards realistic goals for as long as I live…”