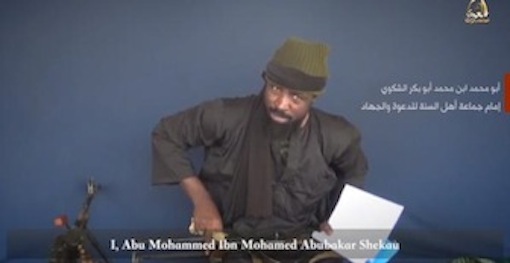 Nigerian troops have failed to arrest Boko-Haram leader, Abubakar Shekau, after the forty-day ultimatum given to apprehend the terror kingpin elapsed.

The Chief of Army Staff, Lieutenant General Tukur Buratai had on July twenty-one ordered the commander of operation Lafiya Dole and his troops to arrest Abubakar Shekau at all costs.

At a briefing in Maiduguri on the fortieth day of the ultimatum, the commander, major general Ibrahim Attahiru, said the arrest had not been made.

He however added that the failure to arrest Shekau within the deadline was not an indication that the military would relent in its efforts to fight the Boko-Haram terror group and possibly arrest their leader.

Attahiru also said operations are ongoing to locate and rescue the University of Maiduguri staff who had been abducted while exploring oil in Borno by members of the Boko Haram sect.

The theatre commander in his briefing also gave a breakdown of activities of the northeast counter-insurgency operation, including the terrorists killed, hostages rescued, arrests made, weapons recovered, and losses on the part of Nigerian troops.