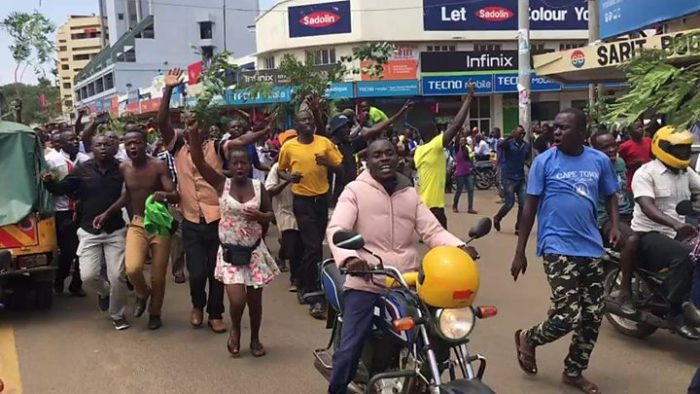 Kenya’s Supreme Court on Friday declared President Uhuru Kenyatta’s election win invalid due to irregularities committed by the election board and ordered a new vote in 60 days.

The decision to cancel the vote result, the first of its kind in Kenya’s history, sets up a new race for the presidency between Kenyatta and veteran opposition leader Raila Odinga.

Kenya has a history of disputed elections. A row over the 2007 poll, which Odinga challenged after being declared loser, was followed by weeks of ethnic bloodshed in which more than 1,200 were killed.

“The declaration (of Kenyatta’s win) is invalid, null and void,” said Judge David Maranga, announcing the verdict backed by four out of the six judges.

“The first respondent (the election board) failed neglected or refused to conduct the presidential election in a manner consistent with the dictates of the constitution.”

Many voters in the west of Kenya, Odinga’s stronghold, and along the coast, where there is also traditionally large support for the opposition, feel neglected by the central government and shut out of power.

Odinga has contested the last three elections and lost each time. Each time, he has claimed the votes were marred by rigging. In 2013, the Supreme Court dismissed his petition.

This time, his team focused on proving that the process for tallying and transmitting results was flawed, rather than proving how much of the vote was rigged.