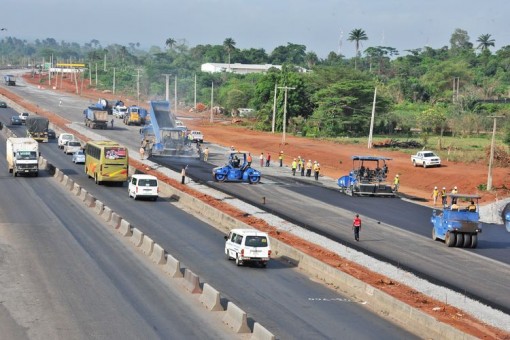 One person died on Saturday while others were injured in an accident involving a tanker and a Mazda commercial bus on the Lagos-Ibadan Expressway, an official said.

Mr Babatunde Akinbiyi, the spokesman for the Ogun State Traffic Compliance and Enforcement Corps (TRACE), confirmed the fatality in Abeokuta.

Akinbiyi said the accident was caused by speeding on the part of the tanker driver, who was coming from Lagos.

According to him, the tanker hit the road barrier erected by the contractors working on the expressway and rammed into the Lagos-bound bus at 9. 25 a.m.

“The driver of the bus lost his life in the accident which involved a tanker laden with ethanol marked AKD 650 XQ and the bus with registration no. BWR 515 XA.

“The tanker which was coming from Lagos hit the barrier and rammed into the bus going to Lagos. Only the driver of the bus has died for now, ” he said.

Akinbiyi said the body of the driver had been deposited at the morgue of the Olabisi Onabanjo University Teaching Hospital, Sagamu.

He said the accident had caused slow movement of vehicles on both sides of the expressway currently undergoing reconstruction.

“Officials of TRACE and the Federal Road Safety Corps (FRSC) are on ground to monitor the situation.”