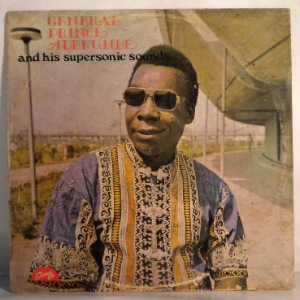 Musicians and others on Sunday condole with the families of late veteran musician, Gen. Prince Adekunle.

The Juju maestro died in the early hours of Saturday.

The musician had been reportedly ill for a while and had been out of circulation, it was gathered.

A cousin of the deceased, Femi Adekunle, confirmed that he died at 74 after spending about three weeks at the Federal Medical Centre, Abeokuta.

The late Adekunle, who reigned in the 60’s and 70’s, trained other popular musicians such as Sir Shina Peters‎ and Segun Adewale.

The family is expected to meet on Tuesday for burial arrangement in Abeokuta, the hometown of the late musician.

Adekunle is known to have influenced and assisted the careers of Sir Shina Peters and Segun Adewale, who were two of the biggest Nigerian music stars in the 1980s. Soko dance exponent is another artiste who owes his rise to the multitalented Adekunle.