[FACT CHECK] Do 45% of Nigerian women get married before they are 18? 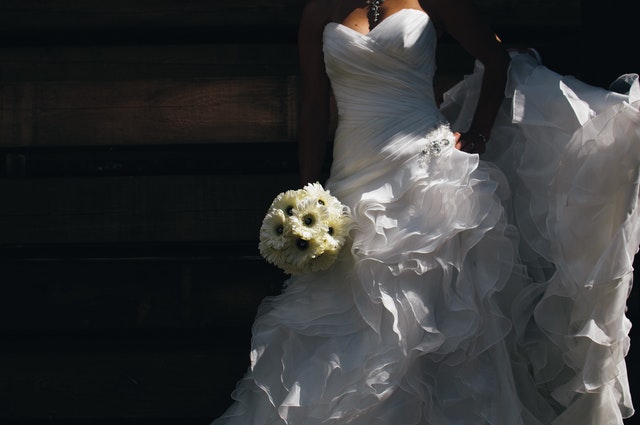 “45% of Nigerian women married before age 18” read the headline of a prominent Nigeria-focused publication. Is there data to back up this figure?

Though the legal age of marriage is supposed to be 18 years, 45% of Nigerian women are married before then, US-based online publication Sahara Reporters recently highlighted.

Sahara Reporters carried a story about the launch of a report on the status of Nigerian women. It was authored by the Women Advocacy Research and Documentation Centre, a campaign group that highlights gender issues in Nigeria.

The rights group’s executive director, Abiola Akiyode-Afolabi, called for existing laws that protect women to be enforced. (Note: The Child Rights Act of 2003 – which sets the legal age of marriage at 18 – is yet to be enacted by 13 states.)

Stat sourced from Girls not Brides

The Women Advocacy Research and Documentation Centre provided Africa Check with a copy of its report.

It stated that “43% of girls are married off before their 18th birthday”, attributing the figure to Girls Not Brides – a global network of more than 700 civil society organisations working to end child marriage.

In turn, Girls Not Brides credited the statistic to a global report by the United Nations Children’s Fund. The agency’s 2016 State of the World’s Children report said that 43% of Nigerian women aged between 20 and 24 years were first married or in a union before they were 18.

Prevalence of child marriage higher in the north

The 2013 Demographic and Health Survey questioned 38,948 women aged 15 to 49 across all states and was conducted between February and May 2013. The women were divided into five-year age brackets.

The survey showed that 47.7% of women aged 20 to 49 were married by age 18, the programme’s senior advisor for communication, Erica Nybro, told Africa Check. Zamfara state had the lowest median age, at 14.5 years, with the median for the country at 18.1 years.

But the survey doesn’t offer marriage data for girls between 18 and 20, or women older than 49.

In the first instance, girls in the age bracket 15 to 19 can’t yet answer whether they were first married by age 18 as many of them are still to reach that age. That is why the UN recommendslooking at the 20 to 24 age bracket when measuring and reporting on child marriage.

Some countries collect data on women older than 50, but Nigeria does not have such information available, Nybro told Africa Check.

“Historically, DHS surveys have always interviewed women aged 15 to 49, primarily because those are considered to be the reproductive years, and the DHS is, primarily, a demographic survey,” she said.

The high prevalence of child marriages in the northern part of the country is swelling the national percentage, Emmanuela Azu, a programme staff officer with the rights lobby, told Africa Check.

But with Nigeria currently reviewing its constitution and a Gender Rights Bill making its way through parliament, existing laws such as the Child’s Rights Act are sufficient to protect the rights of girls if enforced, Azu told Africa Check.

Nigeria-focused publication Sahara Reporters stated that 45% of Nigerian women are married before the legal marriage age of 18.

“This is an indication of a gradual increase in age at marriage among the younger generation,” the report stated.

While we don’t have data for 18 and 19-year olds or women older than 50, the available information points to the claim being correct. Given this, we rate the Sahara Reporters headline – “45% of Nigerian women married before age 18” – as mostly correct.

This report was written by David Ajikobi, Nigeria editor at Africa Check, a non-partisan fact-checking organisation. View the original piece on their website here.