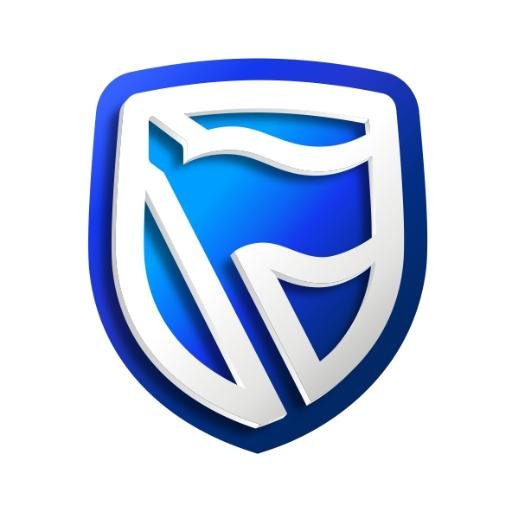 Justice Candide-Johnson presiding over a Lagos High Court, south west Nigeria,has ordered Stanbic-IBTC bank Plc and CRC Credit Bureau limited to jointly pay the sum of N50 billion as general damages, to one of its customers, Longterm Global Capital Limited, for false, malicious and injurious publication of falsehoods against it.

Apart from the judgement sum, the judge also ordered the bank and CRC Credit Bureau Ltd that is a joint defendant in the suit filed by Longterm Global Capital Limited, to publish forthwith and not less than seven days, a retraction and apology to the claimant in the cover pages of Sunday and Monday editions of the Punch, Thisday and Guardian newspapers, in respect of the alleged false indebtedness publication of the claimant to the bank.

Justice Candide-Johnson also directed CRC Credit Bureau Limited, to immediately delete from its electronically published data bank and all other publications, all references to the alleged indebtedness of the bank’s customer to the bank.

The judge further made an order of perpetual injunction restraining Stanbic-IBTC Bank PLC and CRC Credit Bureau Limited, from further publishing any other materials or details relating to the alleged indebtedness of the claimant to the Stanbic-IBTC PLC

Finally, the court also ordered the payment of interest on the above judgement sum at the rate of 10 percent per annum from the date of judgement of the court until date of the final payment by the defendants in line with the provision of Order 35 Rule 4, of High Court of Lagos State (Civil Procedure) Rules, 2012.

The judgement of the court was sequel to a suit filed before the court by the Stock broking firm, Longterm Global Capital seeking a sum of N50 billion damages against Stanbic/IBTC Bank Limited, over an alleged breach of contract agreement, and malicious publication of non existing indebtedness.

The stock brokerage firm in its statement of claim filed before the court against Stanbic/IBTC and CRC Credit Bureau Limited, by its lawyer, Chief Felix O. Fagbohungbe (SAN), alleged thus: that on or about April 2, 2014, pursuant to the banker/customer relationship between it and the bank, it applied to Union Bank of Nigeria Plc, for a term loan of N250 million. The loan was for the purchase of a commercial property at Lekki Phase 1, Lagos, which would have been prime property it would have acquired and developed Into a multi-storey ultra modern apartment complex for sale to various property investors.

The claimant also averred that due to the urgent nature of the purpose of the loan application at the material time, its relevant officials made several follow-up visit Union Bank Plc, to inquire about the state of processing of it’s loan application. But to its greatest bewilderment, its officials were verbally informed by Union Bank Plc that credit status check were being conducted at relevant credit bureaus in respect of its loan transaction with other banks in the country. The bank later wrote a letter stating that it would be unable to grant the loan due to unfavorable credit report which was electronically published by the data bank of Credit Beareu Limited that is the second defendant in this suit to the whole world with the Central Bank of Nigeria’s directive.

The claimant further stated that by Union Bank Plc’s letter, it was informed that pursuant to the mandatory requirement of CBN directing that every bank and Financial institutions in the country must obtain credit status reports from at least two credit bureaux before granting any credit facility to their customers, the Union Bank Plc, applied for and obtained it’s credit status from the second defendant and Messrs Credit Registry Plc, as part of the processing it’s loan application.

It further stated in the report sent by Union Bank that it’s credit status with fisrt defendant was tagged ‘clean’, while report from the second defendant was said to be unsatisfactory and it became aware that the Stanbic IBTC bank had reported to the CRC Credit Bereau limited on or about October 31, 2012, that the bank deliberately, fasely and maliciously wrote and published a credit status report through the second defendant concerning it that it has been blacklisted by the StanbicIBTC as a loan defaulter and bad loan borrower who was owing the sum of N543,030.843 million, for 722 days running as at October 31, 2012, and which numbers of days was over and above the maturity date of December 31, 2009.

The claimant further aveered that Stanbic/IBTC stated that the interest outstanding on the loan as at December 31, 2012, stood at N213, 537, 753 million.

However, the claimant stated that contrary to the false, injurious and Malicious credit status reports published by the Stanbic/IBTC bank, through CRC Credit Bureau Limited, to the whole world including Union Bank Plc, there were no time that the StanbicIBTC granted it any credit facility which would be classified as ‘lost’ in respect of which account balance in the sum of N543,030.843 million, with the accrued interest in the sum of N213, 537, 753 million, or any other sum at all were outstanding against it.

It stated also that to the foregoing, Union Bank Plc relied on the defendants’ credit status information and declined granting it’s term loan which was required to purchase a commercial property.

It also stated that the plaintiff apart from not indebted to StanbicIBTC , it was neither informed by the Stanbic/IBTC that it was indebted nor was any demand made in that regard before the malicious falsehood was reported by Stanbic IBTC to CRC Credit Bureau which was subsequently published the false and untrue credit status reports to Union Bank of Nigeria PLC and the whole world.

It also stated that the credit status reports made to the second defendant by the first defendant in relation to the alleged indebtedness was made without just cause or excuse as there was never a time Stanbic IBTC granted it any credit facility which can be classified as ‘lost’ or’bad’ which it did not pledge adequate and readily realizable collateral security to cover the principal loan amount plus interest.

Consequently,due to the deliberate, malicious and/or injurious falsehood published by the defendants in relation to the credit status, it has been unable to access any credit facility from Union Bank of Nigeria PLC , and all other financial institutions in Nigeria, as it has been blacklisted and embargoed from accessing new credit.

The claimant also stated that the false, malicious and injurious falsehood of the defendants has adversely affected it’s business reputation, as all it’s bankers and Financial institutions are no longer able or permitted to grant any credit facility to argument it’s working capital for reason that it has been effectively blacklisted by been classified as a bad or delinquent borrower and consequently shut-out of Nigeria’s credit system.

The claimant also aveered that the malicious and injurious falsehood by the defendants was calculated embarrassed, de-market and cause huge pecuniary damage as a registered capital market institution, the main objective of the defendants in deliberately, willfully and intentionally published the malicious and injurious falsehood credit report, was to asphyxiated and paralyzed it’s investment activities and capital operation, and to untimely make its business collapsed without just cause.

Consequently, the claimant is urging the court to award it the sum of N50 billion as general damages against StanbicIBTC Bank and CRC Credit Beraeu jointly and severally. and the sum of N50 million as cost of instituting this suit.

It also seeks an order of the court directing the defendants to immediately delete from its electronically published data bank, and all other publications all references to the alleged indebtedness and an order directing the defendants to publish a retraction and or apology to it on the cover of Sunday or Monday edition of two national newspapers, in respect of the alleged indebtedness.

It also seeks an order of perpetual injunction restraining the defendants from further publishing any other materials or details relating to the alleged indebtedness.

However, Stanbic/IBTC in its statement of defence filed before the court denied all the claimant’s aveerment, thereby urging the court to dismiss the suit in its entirety with substantial cost in its favour.

It also stated that it did not author the credit status report cited by the claimant but merely provided the second defendant with the status of the Credit facility obtained by the claimant from it in discharge of it’s obligations under the guidelines for the Licensing, Operation and Regulations of Credit Bureau in Nigeria (CBN Licensing Guidelines).

It also aveered that the aforementioned information it provided to the second defendant was true and consistent with it’s records, and were not borne out of ill-will or malice and were not intended to disparage the claimant’s trade of business as alleged.

Stanbic/IBTC also stated that the claimant’s indebtedness arose as a result of a credit in the sum of N600 million, by virtue of letter of offer dated March 27, 2008 adding that the said indebtedness had been subject of litigation since December 23, 2009, in a suit marked FHC/L/CS/1491/09, Re; Longterm Global Capital Limited and Patrick Akinkotu vs. Stanbic/IBTC, Appeal No. CA/L/194/2011, Stanbic IBTC Vs. Longterm Global Capital and Patrick Akinkotu. And that a notice of appeal dated May 13, 2013, in respect of the matter has been filed at the Supreme Court of Nigeria on a motion on notice dated May 13, 2013.

It also stated that the said indebtedness had been acknowledged in the judgement by the Federal High Court in suit number FHC/L/CS/1491/09, Re; Longterm Global Capital Limited and Patrick Akinkotu vs. Stanbic/IBTC by Justice Achibong.

The bank also stated that the claimant’s Statement of Claim does not disclose a reasonable cause of action, and the action constituted a vexatious, frivolous and Malicious, consequently, the court lacks jurisdiction to entertain the suit.

Consequently, the bank urged the court to dismiss the suit in its entirety, and award substantial cost in it’s favour.