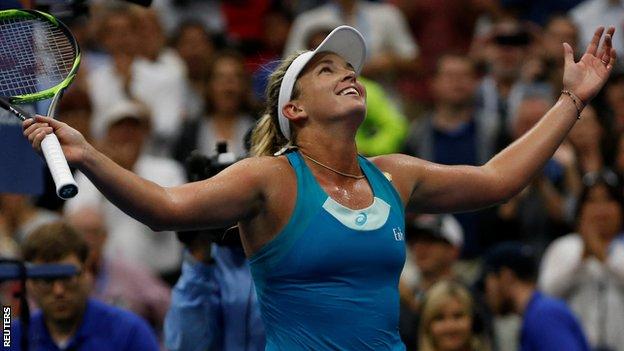 Coco Vandeweghe ended Karolina Pliskova’s reign as world number one and made it three American women in the US Open semi-finals with a straight-set win.

Vandeweghe, 25, goes on to face compatriot Madison Keys or Estonia’s Kaia Kanepi in the last four.

A Keys victory would create the first all-American semi-final line-up at the US Open since 1981.

Two-time champion Venus Williams and unseeded Sloane Stephens are already through on the other side of the draw.

“I watched the match last night with Venus,” said Vandeweghe.

“She said it best, we have to admire Serena. They all inspire me to be the next best American, and let’s make it four for four.”

Pliskova, 25, needed to reach the final to hang on to the number one ranking, but defeat means she will be replaced by Spain’s Garbine Muguruza in the new standings next week.