Venus zooms into US Open semi-finals 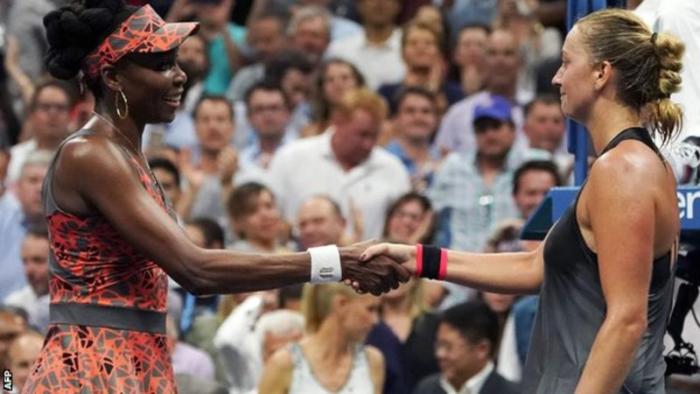 Venus Williams reached her 23rd Grand Slam semi-final with a thrilling win over Petra Kvitova in a final-set tie-break.

“I was so fortunate to win that match,” said Williams. “It came down to the wire and I’m hoping we have more matches like that.”

She next faces Sloane Stephens, with all-American semi-finals possible.

According to BBC Sports, Madison Keys and Coco Vandeweghe will try to join their compatriots in the last four when they play their quarter-finals on Wednesday.

“I would love the top four, five to be that [American] again,” added Williams. “That would be huge.”

Kvitova, 27, missed out on a first US Open semi-final, ending a remarkable run just nine months since she suffered a knife attack at her home, which left her requiring surgery to her playing hand.

“Everything she has gone through is unbelievable,” said Williams.

“It’s wonderful to see her back and playing. I was so excited to see her playing well, to be able to play her.”