All American Semi-finals at US Open 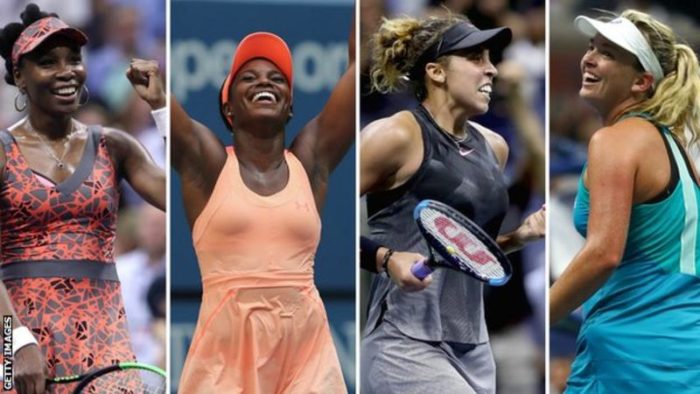 It is the first all-US last four line-up at the tournament since 1981.

Williams and Stephens both won final-set tie-breaks to reach this stage, against Petra Kvitova and Anastasija Sevastova respectively.

Ninth seed Williams, 37, is the oldest semi-finalist at any Grand Slam since Martina Navratilova at Wimbledon in 1994.

“It’s such a wonderful feeling, because you put in so much work to be able to succeed at these moments,” said Williams.

“It has been a great two weeks for American tennis, seeing all the American players in the draw and all of them advancing so deep and competing so well.”

Stephens, 24, added: “Making the semi-finals of a Slam is a complete neutraliser, anybody’s game. I just have to focus on myself.

Arthur Ashe became the first black man to win a Grand Slam when he triumphed at the 1968 US Open and Williams and Stephens will face each other on the court named after the three-time major winner.

Williams, who reached the final at her first US Open in 1997, the same year the Arthur Ashe Stadium made its debut, added: “He’s a total legend.

“He played during a time where he couldn’t just focus on the tennis. I’m very blessed to be able to focus on my game. But he had to fight because of the colour of his skin.

“It was a completely different time. So I can’t even imagine the pressure he was under. To come out of it with grace, as a champion, it’s incredible.”

Vandeweghe was the third American to reach the semi-finals after she saw off world number one Pliskova 7-6 (7-4) 6-3, knocking the Czech off the top of the rankings at the same time.

It is the first time the 25-year-old, who won the junior championship at Flushing Meadows as a 16-year-old in 2008, has reached this stage of the US Open.

Vandeweghe recently began working with Pat Cash and credits the 1984 men’s singles semi-finalist with helping her to keep calm on court.

“I think the biggest thing is channelling my intensity and tenacity out onto the court and putting it into a singular focus. I think that’s probably one of the biggest things he’s implemented into my regimen.”