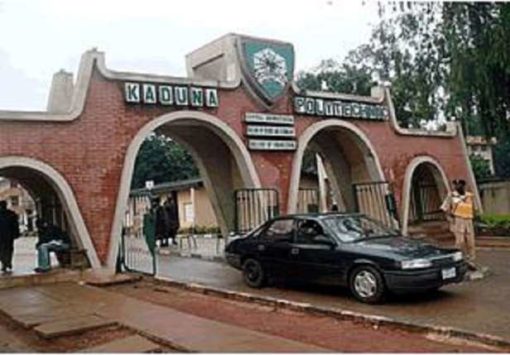 Kaduna Polytechnic branch of the Academic Staff Union of Polytechnics (ASUP), on Friday, commenced an indefinite strike over welfare issues and decayed infrastructure.

Publicity Secretary of the chapter, Abbas Muhammad in a telephone interview that the action was taken following alleged failure of the polytechnic’s management to respect earlier agreements.

“We resumed the earlier suspended strike following a unanimous Congress decision by the academic staff of the institution demanding the management to immediately address their demands,” Muhammad said.

He added, “the latest face-off between the academic union and the Kaduna Polytechnic management is coming on the heels of an emergency congress presided by the unions General Secretary, Dr. Talatu Umar.

“The ASUP members resolved to suspend all academic activities, with a passionate call on the government, general public and all stakeholders to prevail on the management to do the needful so as to ensure timely resolution of the problems,” the official said

According to him, the latest agitation followed the failure of the management to resolve any of the issues before it since the suspension of an earlier strike on July 18, 2017.

Muhammad said that the agreement reached at the time was to meet the teachers demand within three months after the striker’s suspension.

The ASUP spokesman listed some of the issues in contention to include poor working condition, irregular academic calendar and lack of consumables for laboratory practicals.

“Others are, inadequate amenities and conveniences, lack of recreational facilities, inadequate offices and furniture and the perennial lack of transparency in withholding of funds related to staff allowances”.