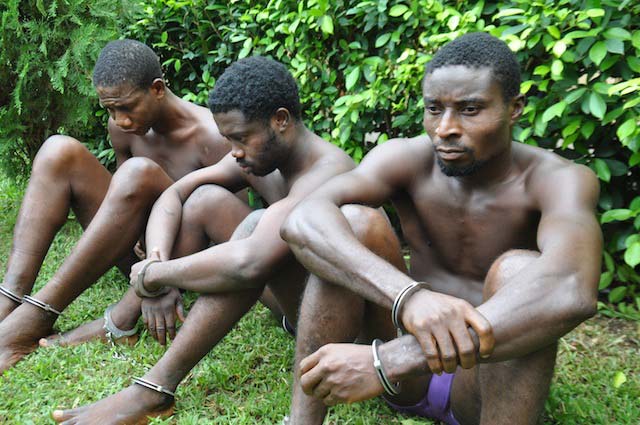 Some suspected kidnappers arrested by the police

The bus, owned by Rivers Mass Transport Company, was travelling from Port Harcourt to Owerri and was snatched around Isiokpo-Elele-Owerri expressway on Thursday, September 7.

PMNEWS gathered that the bus was stopped at Omanwa near a customs checkpoint and diverted into the bush by armed criminals.

In a telephone interview with a local radio station in Port Harcourt, the driver said: “We were going to Owerri but on getting to Isiokpo near the Customs checkpoint, we were accosted by armed robbers who started shooting. I managed to run into the bush but they took the bus into the bush. Soldiers later arrived to rescue the passengers.”

“I escaped because I was at the front; they only shot at my car but could not get anybody inside the vehicle; the bus behind us was attacked and everybody including the driver were abducted.”

When contacted, the spokesman of the Rivers State Police Command, Nnamdi Omoni confirmed the hijacked, adding that the state Commissioner of Police, Zaki Ahmed had ordered a manhunt for the criminals in order to rescue the victims.