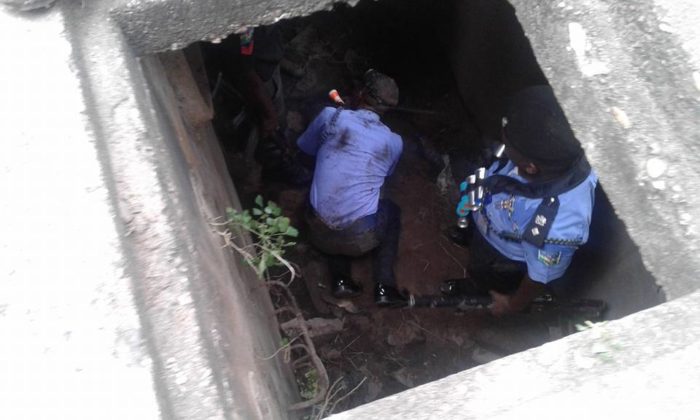 The Police in Ondo State have arrested three men for allegedly killing a student of Adeyemi College of Education, Ondo, for money ritual.

The Commissioner of Police in the state, Mr Gbenga Adeyanju, disclosed this while presenting the suspects to newsmen in Akure on Thursday.

Adeyanju said the suspects were arrested by a team of Special Anti-Robbery Squad dispatched to Ondo town following a tip-off.

He said that the suspects were giving relevant information to the police on how they carried out the operation.

Adeyanju, who said that the command had declared total war on criminals in the state, urged the people to always give adequate information to the police to enable them to rid the state of crime.

Speaking to newsmen, Adenitire said that his job was to stay on the road to watch if anyone was coming, saying that he was promised N3 million by Tijani’s younger brother.

“I was in my house when Tijani’s younger brother, Sile, came with his friend, and said that they needed a girl for money ritual and I told them that what they wanted to do was powerful and Sile said there was no problem.

“On the second day, Sile and his friend came to my house when I was smoking Indian hemp at the back of our house and said we should go and look for a girl, and I followed them.

“On our way going, we saw a girl with school bag on her back; we took her to the bush where Sile and his friend killed the girl while they asked me to be watching if anybody was coming.

“I don’t know what they took from the girl’s body that day but on the second day, I was told that they only cut her left breast and the left hand.

“The two guys said that the person that sent them is a rich man and has promised them N10 million.

“They promised to give me N3 million out of the money for the first operation while I was promised another big sum for the second operation but none of the money was given to me before I was arrested,” he said.

Tijani said that he was promised N1 million to help them to take the breast and the hand to the person that wanted to use it for the ritual.

“I am a herbalist and specialist on rheumatism and many other things but I don’t know how to do ritual money. I just helped Sile and Adenitire to take it to where they wanted to use it,” Tijani said.

The police also presented 11 other suspects for various offences such as armed robbery, cultism, murder and unlawful possession of firearms.

They also displayed a 64-year old ex-convict driver, Ajibola Aliu (a.k.a Mokan) among the suspects, who had served a 21-year jail term and was granted amnesty at Ilesa Maximum Prison recently.