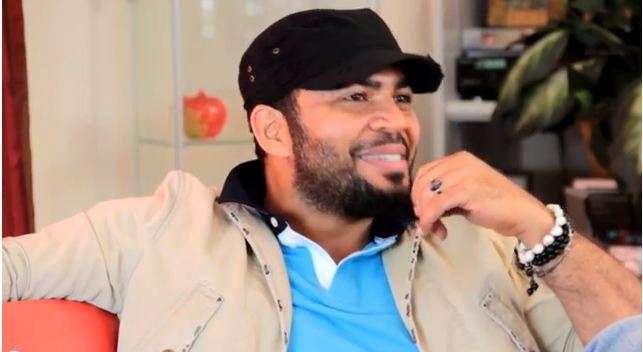 Award winning Nollywood actor Ramsey Nouah, who is known for romantic roles has opened up on his experiences so far as a movie star.

The 46 year old father of 3 talked about how his fans sometimes embarrass him in public especially the female ones who go as far as kissing him.

In an interview with Saturday sun, the star who acted reverse roles with Omoni Oboli in the movie ”My Wife And I” revealed a lot about him, while also stating that his Lagos fans see him as their ATM machine.

How are you, Ramsey?

What convinced you to take up the role of a woman in My Wife And I?

It’s because of the challenging part. It’s because I’ve never done it before. I think I did something some years back but that one was like I was an undercover, so I dressed like a woman. Those were years back; early 2000. I dressed like a woman; they tied gele and scarf for me and I was like (mimics a female voice) ‘hey what are you talking about?’ I did all of that but this one is different. There’s a message to this one and the message is very simple -what are the conflicts in marriages and why are marriages always having problems?

You’re over 40 years and you’re still looking good. What is the secret?

I think it is just joy from within. A whole lot of people tend to pack up a lot of bad belle, you know, vexing over this and that. That brings about… so just smile; a beautiful smile everyday could take you a long way.

What has a crazy female fan done to you?

Hugged me, kissed me.

Embarrassed you in public?

Yeah, it might be a bit embarrassing but some people just have an expressive way of doing their stuff, you can’t stop them. They make things happen for you; they make your world go round. Sometimes when they do something like that, you find it quite embarrassing. I don’t want to go into the explicit ones.

Has fame closed doors on your face?

No, I wouldn’t say it closed doors on my face. No, not exactly. But, you know, you meet lots of people who tend to appreciate you. Everyone sees you around, all your fans, most especially in Lagos; see you as their ATM machines. All their greetings have to be paid for. For instance, they will greet you ‘Hey, good morning bros, we dey hail o…’ You know you have to drop something, so it’s quite a thorn in the flesh.

Some actors and actresses have delved into music. Is Ramsey Nouah going to sing one day?

I never say ‘never’ to anything. But no, not really.