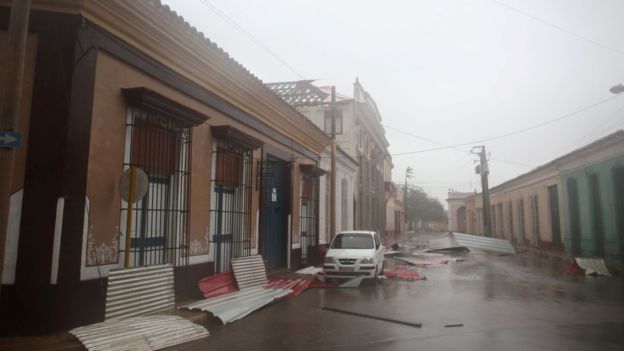 The hurricane made landfall on the Camaguey Archipelago, in Cuba’s north-east, as a category five storm but has now weakened to a category three.

The Bahamas have largely been spared.

According to the BBC, in Florida, 5.6 million people, or 25% of the US state’s population, have been told to leave as the storm approaches. At least 20 people are known to have died so far across the Caribbean.

It was the first category five hurricane to hit Cuba in decades. It weakened to category three by Saturday lunchtime but is expected to strengthen again as it approaches Florida.

It has brought vast amounts of rainfall to parts of Cuba, with extensive flooding reported in the fishing village of Caibarien.

Power lines have been brought down in several parts of the central province of Camaguey, and communication is becoming increasingly difficult with towns in more remote areas, the BBC’s Will Grant in Havana reports.

Thousands of people have been evacuated but many others stayed to ride out the storm.