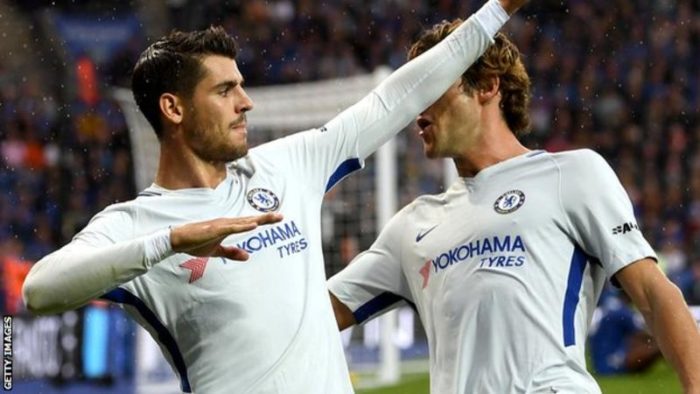 Both sides struggled to find a finishing touch before Alvaro Morata nodded in Cesar Azpilicueta’s searching pass to put Chelsea ahead before half-time.

BBC Sports reports that a foul by Thibaut Courtois gifted Leicester a penalty that Jamie Vardy converted, sparking Leicester into life in a frenetic final half-hour.

But it was Chelsea substitute Willian who came closest to adding to the scoring with a curling strike just wide of the post.

Leicester, who slip to 17th, have now lost six of their last seven home games against Chelsea.