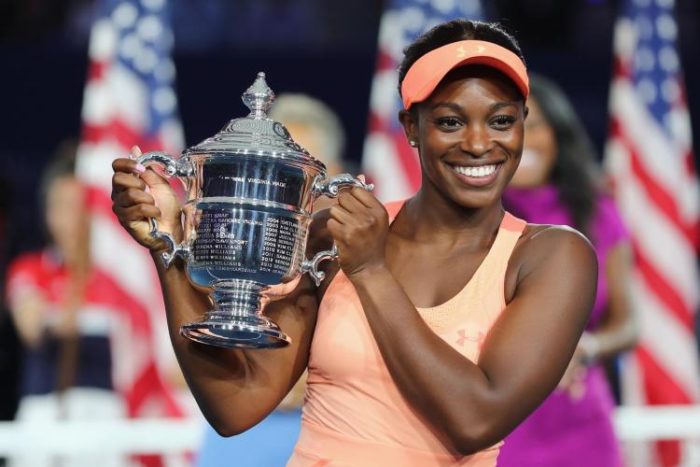 Unseeded Sloane Stephens completed a spectacular return from injury by beating fellow American Madison Keys to win the US Open at Flushing Meadows.

The 24-year-old was ranked as low as 957th six weeks ago, having only returned from 11 months out with a foot injury at Wimbledon.

She becomes only the fifth unseeded woman to win a major title in the Open era.

Both women were making their Grand Slam final debuts, and their combined ranking of 99 was the lowest for a US Open final since the rankings began.

Close friends since childhood, they shared a long hug at the net after Keys netted a forehand on the third match point, and Stephens then headed into the crowd to embrace her mother, BBC reports.

“I had surgery in January and if someone had told me then that I would win the US Open, I would have said it was impossible,” said Stephens.

“This journey has been incredible and I wouldn’t change it for the world.

“Madison is one of my best friends on tour. I wouldn’t have wanted to play anyone else. I told her that I wished it could have been a draw.”

Keys said: “Sloane is truly one of my favourite people and to play against her was special. I obviously didn’t play my best tennis and Sloane was very supportive.

The first American woman from outside the Williams family to win a major singles title since Jennifer Capriati at the 2002 Australian Open, Stephens collected £2.84m in prize money.