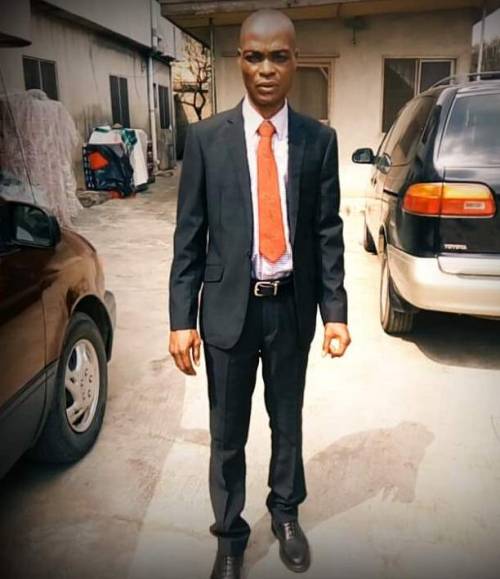 Joseph Akilo, a guard with the Aviation Logistics and Management Limited (ALML) on Saturday morning returned the sum of $3,338 (about N1, 218,370) of a passenger on Virgin Atlantic Airways flight out of the country to London Heathrow at the Murtala Muhammed International Airport (MMIA), Lagos.

The money, which was in two separate envelopes, was left behind by Mr. Frank Abenemi, a passenger with Virgin Atlantic after going through profiling at the counters of the airline.

Akilo, however, discovered the envelopes when he was clearing the check-in counters of the airline after the closure of boarding at around 8:35 am.

At first, Akilo thought the envelopes were empty, but when he opened them, he discovered that one of them contained $3,000 while the second envelope had $338 in it.

SaharaReporters gathered that the second envelope contained the details of the owner of the money like the photocopy of his air ticket, names and other relevant information of the traveler.

Akilo contacted the Station Manager of Virgin Atlantic Airways, one Gloria who checked the details on the flight system of the airline and discovered that the owner was one of the passengers onboard for departure while the aircraft was already taxiing for take-off.

A source close to the terminal told our correspondent that Gloria immediately contacted the pilot who had to abort the flight and returned the aircraft to the apron.

The pilot was said to have called out the name of the passenger through the cockpit address system.

Upon inquiry from the passenger, Abenemi insisted he didn’t lose any money, but when he was asked about two envelopes with some dollars, he immediately checked his hand luggage, but could not find the money there. It was then it dawned on him that he had misplaced the two envelopes.

Saharareporters further gathered that when he confirmed the loss of the envelopes, he was probed on the exact amount of money in each of them, which he answered correctly. Then, the envelopes containing the money were handed to him.

The source said: “The routine is that whenever boarding is closed, the security officials are expected to close the counters and return them to offices of airlines, but yesterday while Joseph was doing this, he came across two envelopes on the ground and when he opened it, he discovered they contained United States dollars with few details of the passenger. One of the envelopes contained $3,000 while the other was $338.

“Without telling anyone as some of the workers there might want to convince him not to report it, he secretly took the envelopes to the Station Manager of Virgin Atlantic (Gloria) who also checked the details of the passenger and discovered he was on-board the flight with his seat number.

“But, at first, the passenger insisted he didn’t lose any money. However, when he was asked if he had any money in envelopes, it was then he checked his hand luggage, but could not find the sum. After he was asked series of questions in the presence of security officials, they discovered that the money belonged to him and the envelopes were handed over back to him.”

Our correspondent gathered that Akilo is one of the junior staff of ALML where he earns N25, 000 monthly as a salary.