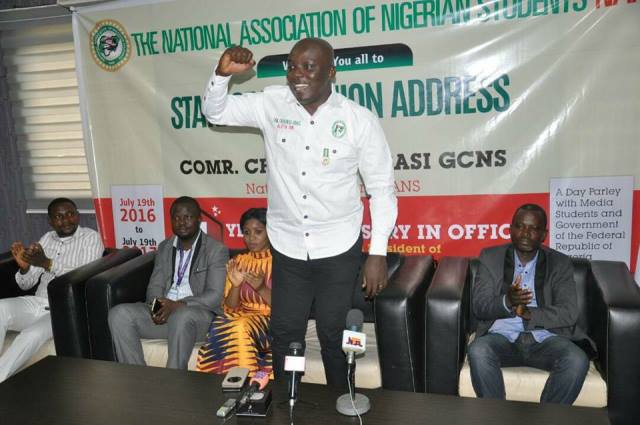 The National Association of Nigerian Students(NANS) has called on the Federal Government to channel money recovered from looters to the education sector.

A statement by NANS’ President, Mr Chinonso Obasi on Sunday, said the call was part of the resolutions at the association’s emergency meeting on the ongoing strike by the Academic Staff Union of Universities(ASUU).

The statement in Abuja said that Students’ union presidents and NANS stakeholders across the country attended the meeting.

He said the emergency Senate meeting was held at Kwara State College of Education, Illorin.

“The Students Body resolved that the national President of NANS should continue to constructively engage the stakeholders comprising ASUU and the Federal Government to resolve the strike.

“NANS also declared that as critical stakeholders in the education sector, it was imperative that ASUU consults with it before embarking on any strike in the future as the interest of students must be considered and prioritised at all times.

“The Senate also mandated the national president of NANS to reach out to the Federal Government to find a lasting solution to the enormous challenges facing Nigerian students.

“Part of the resolution was that an appeal should be made to the Federal Government to channel the recovered loots to education sector,” Obasi said.

He said that because of the prevailing economic situation, NANS resolved to stay action on the planned mass protest over government’s inability to resolve the ongoing strike within 21 days.

Obasi said the Senate was of the opinion that dialogue was the only panacea to resolving issues especially at this period of agitations across the country.