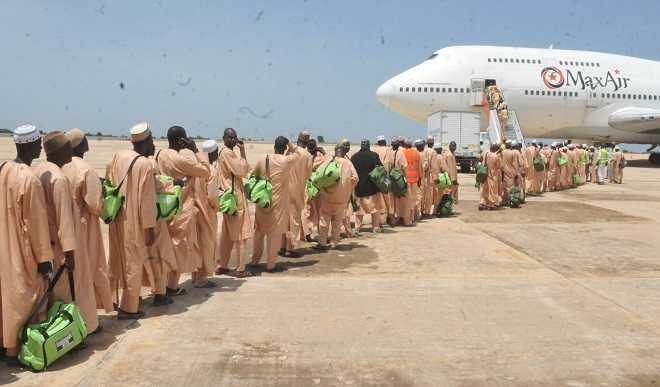 The first batch of 555 Pilgrims from Kwara, who performed the 2017 Hajj in Saudi Arabia, are expected to arrive on Tuesday, 12th September.

The Executive Secretary of the state Muslim Pilgrims Welfare Board, Alhaji Mohammed Tunde-Jimoh, disclosed this while speaking in Saudi Arabia on Monday.

He said the MedView airline had perfected arrangements to transport the first batch of pilgrims to the llorin lnternational Airport on Tuesday.

The Executive Secretary, who did not give the specific time the pilgrims will arrive the llorin lnternational Airport on Tuesday, said all the 555 pilgrims were already in high spirits to meet their relations at home.

Tunde-Jimoh said all the 2,476 Kwara pilgrims who travelled with the board were hale and hearty, and had all successfully completed the Hajj rites.

The first batch of 555 Kwara pilgrims for the 2017 Hajj were transported to Saudi Arabia from the llorin lnternational Airport on August 3.