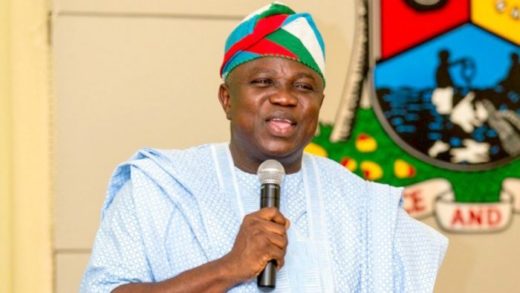 Gov. Akinwunmi Ambode of Lagos State on Wednesday urged women to rise up and take leadership positions in order to be part of decision making in the state.

Ambode made the call at the 17th edition of the One-Day Governor Ceremony held during the State Executive Council Meeting at the Lagos House, Alausa, Ikeja.

The competition was organized by the state Ministry of Education in June, and part of the prizes is to emerge the 2017 one-day governor of Lagos State.

Master Philip Daniel of Yewa Senior High School, Agege, the second runner up was the one-day Speaker of the state House of Assembly.

He said that the two female students emerging as one-day Governor and Deputy Governor signaled the future of the state.

“Having a female Governor and a female Deputy signaled the future of the state, that one day an administration will have a female as the governor.

“These younger ones are telling our women to rise up and take their position in the state such as becoming the Governor and making decisions for the state.

“The performance of these younger ones, which earned them this ceremony today, shows that there is still hope for our students, hope for Lagos and hope for Nigeria.

“Their performance also showed that the future of education in Lagos is strong and that the huge funds expended on the sector is not in vain.

”They have shown that they are ready to succeed us when given the encouragement.

“We will continue to pay greater attention to education and youth development, to make them mentally capable and ready to succeed us, ” he said.

Ambode promised that his administration would continue to implement programmes that would assure the prosperity of the state.

Addressing the State Executive Council, Zoffun commenced Ambode and his Deputy for their visionary leadership and commitment to taking the state’s education sector to an enviable state in the country.

She also commended the governor for sustaining the legacy of the Spelling Bee competition, initiated by Sen. Oluremiu Tinubu.

“Gov. Ambode has recorded many achievements, especially in the education sector. We can see the massive upgrade of infrastructure in our schools, prompt payment of teachers’ salaries and others.

“We can see other achievements such as the high increase in revenue generation in spite economic challenges, security, reconstruction and construction of major roads, light up initiative and others, ” she said.

Zoffun, however, urged the state government to construct a multipurpose hall, provide a school bus and construct drainage to prevent flooding in her school.

She appealed to residents of the state to pay their tax, to enable government function effectively.

Ambode awarded full scholarship to the one-day Governor and the deputy with N1 million each, while other one-day cabinet members got N500,000 each.