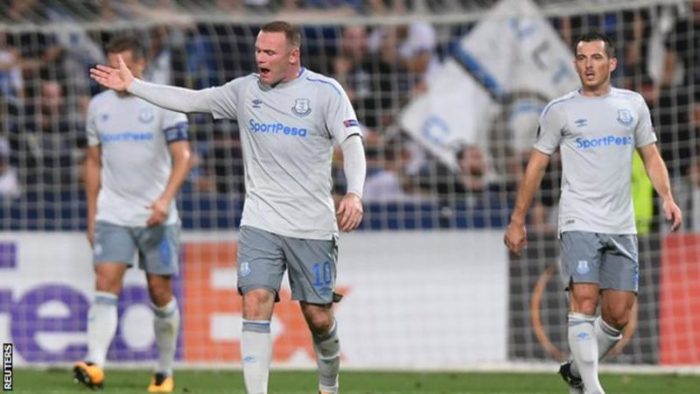 Everton produced a dreadful performance as they lost their Europa League opener against Atalanta in Italy.

The home side dominated from the outset, taking the lead when Everton failed to deal with a corner, with the ball ricocheting off Phil Jagielka’s hip and falling to Andrea Masiello to poke in.

Alejandro Gomez doubled the lead with a stunning curling strike, before Bryan Cristante drove through the Toffees’ defence and placed the ball into the corner, with Everton 3-0 down at half-time.

It was more of the same from Atalanta in the second half, minus the goals, with Andrea Petagna hitting the woodwork after being set up by former Middlesbrough midfielder Marten de Roon.

French side Lyon were held 1-1 in Cyprus by Apollon Limassol in the other Group E game.