CACOL Condemns Attack On Sympathizers Of Sahara Reporters in Ilorin 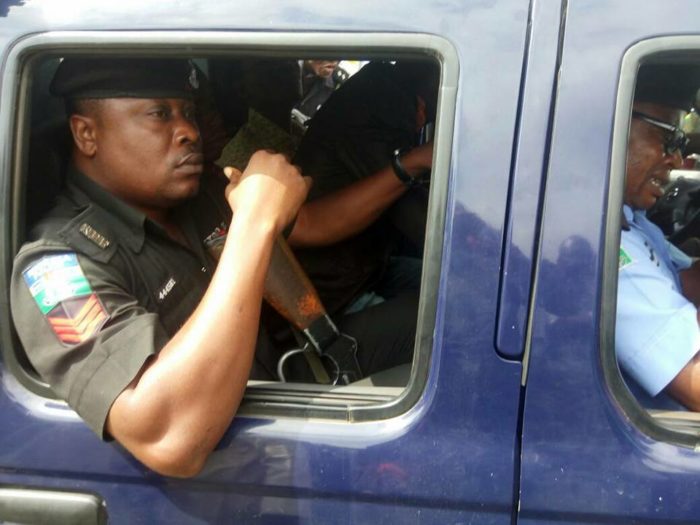 The Centre for Anti-Corruption and Open Leadership, CACOL has condemned the violence unleashed by suspected thugs and hirelings of Senator Bukola Saraki on sympathizers of Sahara Reporters at hearing of the case between the media organization and the Senate President in Ilorin, Kwara State on Thursday.

An Ilorin High Court judge, Justice Adeyinka Oyinloye had in June this year slammed a N4 billion judgment against the Publisher of the popular online newspaper, Omoyele Sowore, over some stories published last year by the medium against Saraki.

In what Sahara Reporters describes as ‘Jankara’ (backdoor) arrangement, Saraki through his lawyer, asked and got for the intervention of the court following the publication of series of libelous stories against him. Both Sowore and Sahara Reporters were joined as defendants in the suit marked as KWS/23/2017.

Mr. Debo Adeniran, Executive Chairman of CACOL, while condemning the violence stated that the development is totally unacceptable.

“We are calling on the Inspector General of Police, IGP to immediately commission a probe into the circumstances that led to the situation of such brazenly murderous acts right in the full glare of Police officers. And this is with the view of fishing out the perpetrators of the dastardly acts against innocent citizens that had every fundamental right to be at the court proceeding. Their sponsors too must also be exposed to end the reign of violence with impunity at that level.”

“At the first hearing of Sowore’s appeal, journalists had their cameras, phones and other gadgets smashed and snatched; sympathizers were harassed and beaten up. Today again as the resumption of hearing Bukola Saraki’s thugs pounced on people right in front a contingent of the Nigerian police. The Police went ahead to arrest Sanyaolu Juwon, a popular student activist, Olowopariju Abiola, and Ohakpougwu Chinwendu in spite of being the victims of the premeditated attack.

“When 106 Senior Advocates of Nigeria (SAN) in one his several shameful plethora of corruption trials escorted Saraki to court, nobody attacked them or any of his ‘sympathizers’ and collaborators. If resort to violence was the alternative why then did Senate President approach the court? Clearly, it is only the guilty that are always afraid and quick to opt for violence. Let the rule of law prevail over brigandage, the undue violence and harassment of Sahara Reporters must be halted now,” he said.