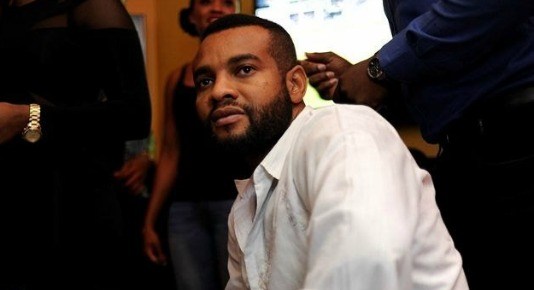 The Police Command in Lagos State on Thursday announced the arrest of six persons allegedly involved in the killing of Hector Jobarteh, winner of the third edition, Guilder Ultimate Search.

The Commissioner of Police in the state, Acting CP Edgal Imohimi, announced the arrest to newsmen in Lagos.

Hector was shot dead at his Oko-Oba residence on Sept. 4 shortly after returning from the Murtala Muhammed International Airport, Ikeja, where he went to pick up a sibling.

Imohimi said one of the suspects arrested was a Uber driver who conveyed the suspected killers while the others were found with the victim’s cell phone.

He said that one of the suspects was still at large and efforts were being made to arrest and prosecute him.

Speaking on the sidelines of the briefing, One of the suspects, Williams Igana, the Uber driver, said that he had driven some men who threatened him with gun to Abeokuta but never knew that they were killers.

“I was looking for an Android phone when my brother, Valentine, linked me with one JK. It was JK that called me to drive them to Yaba from Cement and I was paid N8,000 after I charged them N10,000.

“The next day, JK called me again to take them to Abeokuta and I charged them N20,000. On the way, we stopped at Sango and two other men joined us.

“We later stopped by at a nearby bush and JK ordered one of the men to bring out a nylon bag which had a gun inside.

“That was when I tried running away but I was threatened and ordered back into the car.

“I was later arrested through my younger brother who had gone to sell a stolen phone later identified as the victim’s phone,” Igana said.

In another development, the command has arrested a dog and two men for allegedly robbing innocent members of the public and dispossessing them of their belongings.

The police boss said that one Olajide Oduwole and Adeniyi Adisa were arrested at Ladipo market on Sept. 5 with a dog named Bullet, while setting the dog against their victims.

Imohimi said that the suspects would set their dogs on their victims to scare them away after which they steal their belongings and escape on a motorcycle.

He added that the suspects would be charged to court for robbery.