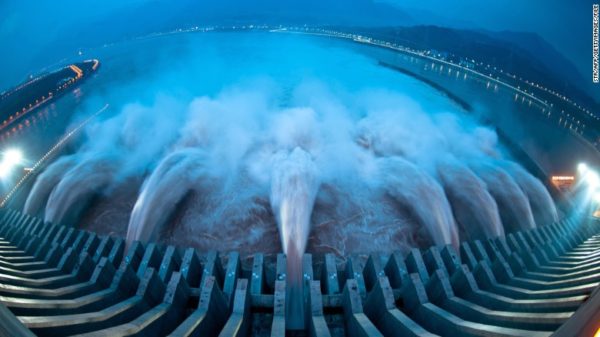 The government of Nigeria has announced the award of a $5.8 billion contract to build what will be the largest power plant in the country.

The 3,050-megawatt Mambila hydroelectric power project in the state of Taraba will be delivered by a consortium of Chinese state-owned construction firms.

The megaproject will feature four dams between 50 and 150 meters tall, and take six years to complete, the Minister of Power, Works and Housing, Babatunde Fashola, told reporters in Abuja.

The Chinese Export-Import Bank will finance 85% of the development, with the Nigerian government contributing 15%.

“(Mambila) will have a transformational effect on all of Nigeria’s socio-economic development,” he said through a government spokesman, “It will have considerable positive impact on electricity supply nationwide, productivity, employment, tourism, technology transfer, rural development, irrigation, agriculture and food production.”

The Mambila Plateau in Taraba state. The project will cause considerable disruption and displacement, environmentalists warn.

The Mambila Plateau in Taraba state. The project will cause considerable disruption and displacement, environmentalists warn.

The Mambila hydropower plant has been in development for over 30 years, but previous administrations have made little progress.

In 2007, the Nigerian government awarded a $1.4 billion contract to two Chinese construction firms for a 2,600-megawatt plant, but the agreement broke down soon after.

Attempts were made to revive the deal without success. But the deadlock was broken by conversations between the presidents of China and Nigeria in 2016, according to the spokesman of Nigerian President Muhammadu Buhari.

“The major breakthrough in the execution of this project was achieved when President Muhammadu Buhari initiated discussions at the level of the President of the Peoples Republic of China in the course of his State Visit (in 2016),” wrote government official Garba Shehu.

The meeting resulted in the creation of a consortium of Chinese companies to deliver the project, according to Shehu, and an agreement that the Chinese government would commit finance to it.

Despite being one of the largest economies in Africa, over 40% of Nigerians live without access to electricity, according to World Bank figures.

Hydropower, one of the cleanest and cheapest forms of power, is a key target for development as Nigeria is currently exploiting just a fraction of its potential resources.

The country is also seeking to shift away from oil dependency, after plummeting oil prices triggered a recession.

The clear need for the Mambila project could make it more likely to succeed, some analysts believe.

“The prospects of project implementation starting are perhaps stronger than in previous decades,” says Elizabeth Donnelly, deputy head of the Africa Programme at UK think tank Chatham House. “Nigeria continues, albeit slowly, with its complex power sector reform and badly needs to generate – and more importantly distribute – more power for its 180 million people.”

“Hydroelectricity is an important part of this mix, particularly for rural electrification.”

The location of the development could lead to complications.

“There is strong competition for land in Taraba state, which regularly sees outbreaks of ethno-religious violence,” says Donnelly. “Such a project, with its need to resettle people, could considerably worsen the conflict dynamics and humanitarian situation in the state.”

Environmental groups have also raised concerns about the potential impact.

“If the Mambila dam project does continue, it could mean disastrous environmental and social impacts for those already living in poverty along the banks of the Benue River,” warned NGO International Rivers,

The Nigerian government says that 100,000 people will be displaced by the development, and has pledged to resettle and compensate them.

Taraba state Governor, Darius Dickson Ishaku, has welcomed the project for its potential to boost tourism and agriculture.

The power plant is one of several major Chinese investments in Nigeria, including multiple railway projects.

“Nigeria is seen as an important power that China wants good relations with,” says Yun Sun, a scholar of Chinese foreign policy at US think tank, The Stimson Center.

Sun adds that the primary motivation is financial. Investments such as the Mambila power plant make good business sense.

“Nigeria is using Chinese banks to hire Chinese companies for the project, which will create profits and jobs,” she says. “China also wants to identify large projects that make it look good and (Mambila) falls into this category.”

But while China is likely to gain from the deal, Sun sees higher risk on the Nigerian side.

“I am less optimistic about the financial impact on the Nigerian economy as the project is very large and there is a question about how Nigeria will repay the 85% finance from the Export-Import Bank,” she says. “There could be implications for the national debt.”