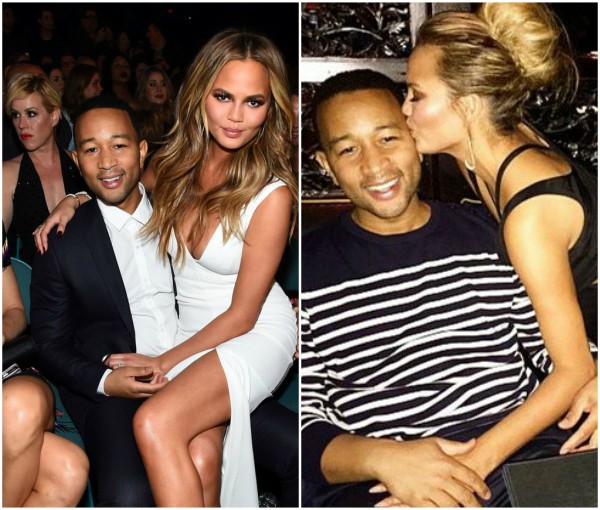 Chrissy Teigen, wife to American music star, John Legend, who took to Instagram to shut down report by InTouch magazine who alleged that her marriage to the singer has packed up, further told them to go f*ck themselves.

According to InTouch Magazine, 31-year-old model, Chrissy Teigen and her singer husband, John Legend ‘are having real marriage problems,’ adding that the couple has ‘been in marriage counseling for the last six months.’

John Legend, 38, and Chrissy Teigen, 31, known as one of Hollywood’s most loving, down-to-earth couples, “are having real marriage problems,” an insider tells In Touch.

Things have gotten so serious, “They have been in marriage counseling for the last six months,” a source close to the couple tells In Touch exclusively.
Chrissy’s battle with postpartum depression and her excessive drinking — which she recently claimed to have curbed — have brought the parents of 17-month-old Luna to a breaking point.
“They are fighting nonstop,” says the insider, who adds despite that, “They’re trying very hard to make their marriage work.” 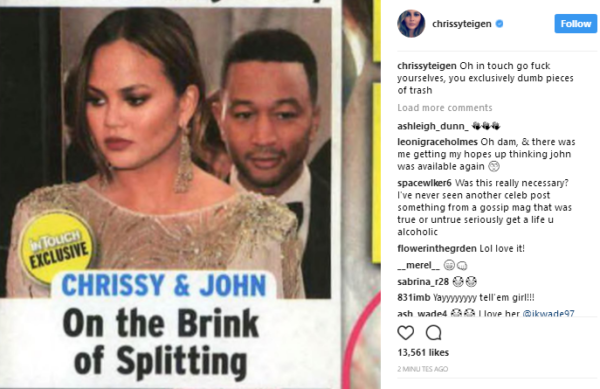 John Legend who also took to Instagram to celebrate his 4th wedding anniversary which produced their daughter Luna, wrote; 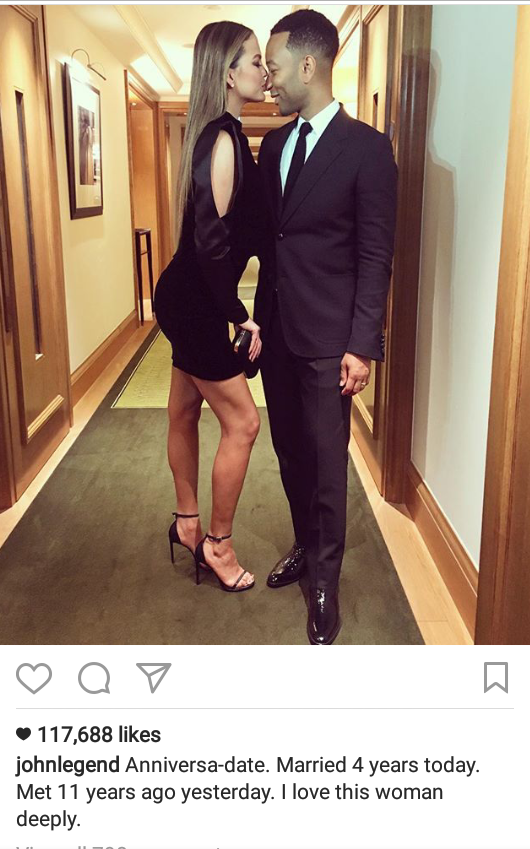