2 suspects in police net over alleged killing of 4 Hausa 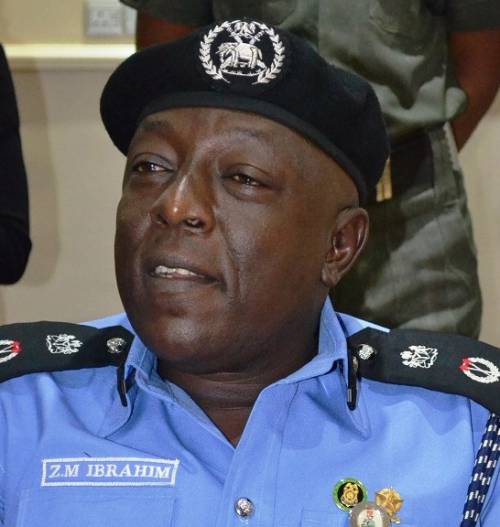 The Delta Police Command has confirmed the arrest of two persons in connection with last Friday’s attack at the popular Abraka market in Asaba in which four persons were allegedly killed.

The command made this known in a statement in Asaba by its spokesperson, DSP Andrew Aniamaka on Saturday.

“The suspects were nabbed for their alleged involvement in the dastardly shooting and killing of four persons at the popular Abraka market in Asaba on Friday, Sept. 15th, 2017 at about 10:45pm,” the spokesperson said.

He added that the command has intensified efforts to arrest the third suspect, known simply by his alias, “Last Burial”.

Aniamaka said the armed suspects, who are suspected members of the Indigenous People of Biafra (IPOB) or secret cult, had at about 10:45 pm last Friday night fired indiscriminately into the market.

According to the police spokesperson, Abraka market in the state capital is predominantly inhabited by non-indigenes of the state and that the shooting left four persons dead.

He gave the names of the victims as: Usman Abdullahi; Ali Sidi; Ibrahim Zubairu and Hauwa (surname unknown), while five others with gunshot injuries are currently recuperating at the Federal Medical Centre, Asaba

“The Command wishes to assure the public that investigation has commenced on the incident with a view to finding out the motive behind the shooting and the possible involvement of other conspirators in the unwarranted attack.

“Commissioner of Police, Delta Command, CP. Zanna M. Ibrahim, enjoins the non indigenes and indigenes alike not to panic or even contemplate any reprisal action as the law will surely take its course,” Aniamaka said.

He assured non indigenes of the state of the commitment of the police and sister security agencies to ensure their safety and that of indigenes at all times.

He said that the police would meet with the leadership of non-indigenes and other key actors in the state over the unfortunate incident on Saturday at the Police Officers Mess, Okwe, Asaba.