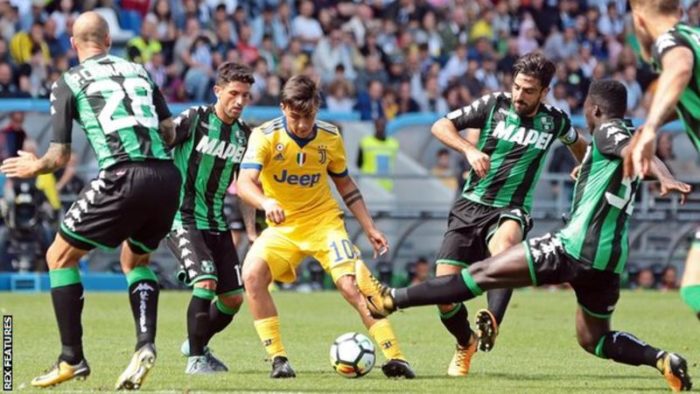 Paulo Dybala marked his 100th game for Juventus with a hat-trick as they maintained their 100% Serie A record by beating Sassuolo.

The Argentine’s opener was a stunning first-time shot from outside the area, before he poked home a second and curled in a free-kick for his third.

Matteo Politano scored in the second half for the home side.

Inter Milan have also won all four league games this season after victory over SPAL on Saturday.