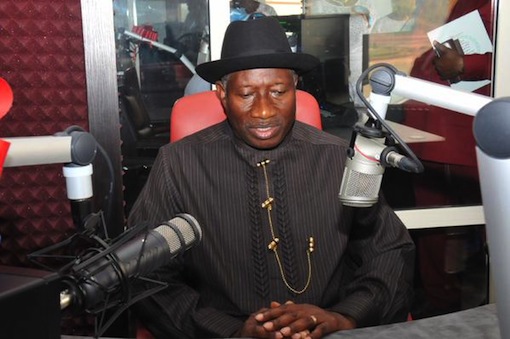 Former President Goodluck Jonathan has called for peaceful coexistence and restraint on all sides in the on-going crisis ignited by the push by some groups for secession of southeast.

The arrowhead for the secession, the Indegenous People of Biafra (IPOB) led by Mr Nnamdi Kanu, has been proscribed by the regional governors and declared as a terrorist organisation by the military.

In a message to the nation on Saturday, Jonathan said: “Recent developments in the country calls for appeal to all men of good will to use whatever influence they have to push for peaceful coexistence and restraint on all sides.”

He suggested that it was perhaps time for the Council of State to intervene and offer its wise counsel.

“Irrespective of whatever provocation, Nigerians must never turn on each other.

“Even in the face of difficult circumstances, we must have faith that God in His infinite wisdom will guide us to finding a way out that is fair and just to all concerned.

“In as much as there may be a need to enforce order, there is a greater need to reinforce our humanity and treat Nigerian citizens humanely whether they be from the North or South.

He advised that Nigerians should exchange ideas instead of exchanging insults and threats.

“We must be resolute as a people even as we know that it is impossible to deny the brotherhood of all Nigerians after over a century of a shared commonwealth.”