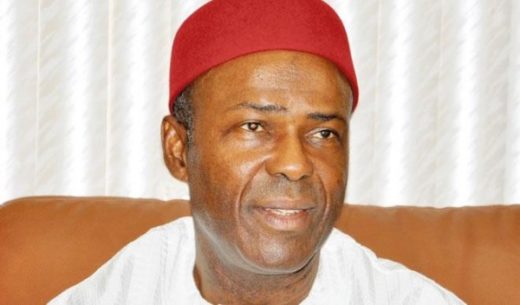 A statement issued on Monday by Mr Abdul Aminu, Deputy Director of Press in the ministry, quoted Onu as saying this while receiving the report on the proposed establishment of the National Science and Technology Museum (NSTM) in Abuja.

Onu said that the idea behind the museum was to encourage the involvement of Nigerian citizenry, especially youths towards imbibing science and technology as a way of life.

He said the project would enable Nigerian youths to utilise and deploy science and technology for the sectoral development of the nation.

According to him, the museum is a unique project that can serve as a catalyst for the scientific and technological development of the country.

“Our ancestors understudied and understood their environments.

“This culminated in their domination of territories and kingdoms to produce artefacts’ like Ife Bronze, Nok culture, Benin historical walls and artefacts and Igbo –Ukwu artefacts through their creative deployment of science and technology,“ he said.

The minister encouraged Nigerians to key into the Museum project, especially at the state level.

He said additional efforts from the states would complement the effort of the Federal Government to quickly achieve the national goal.

“Though, we are at the verge of another era of development through the establishment of this project.

“We will be able to display our commitment and political will by turning things around for the betterment of the average Nigerian Youths.”

He noted that the various Science Technology and Innovation (STI) policies evolved by the Ministry would soon make the nation to produce noble laureates in Sciences.

The minister commended the Committee for its hard work and commitment in delivering the reports within the stipulated period.

Earlier, the Chairman of the Committee, Mr Ekanem Udoh, said the museum would incorporate the technology of nation’s ancestors in a manner that they understood their environment.

Udoh, who was also the Director of Science Technology Promotion in the Ministry, affirmed that the project would help the youths to acquire knowledge of natural phenomena and important scientific and technological events.