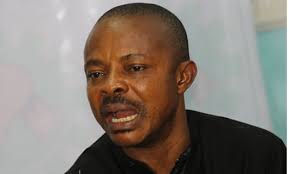 The United Labour Congress of Nigeria (ULC) has begun a nationwide strike.

The union is downing their tools over the failure of the government to register the union, failure to address Academic Staff Union of Universities (ASUU) issues, deplorable state of Nigerian roads, minimum wage increase, among other demands.

The affiliated unions of ULC include Nigeria Union of Petroleum and Natural Gas Workers (NUPENG), Electricity Workers, Nigerian Union of Mine Workers, National Union of Banks, Insurance and Financial Institutions employees, Association of Nigerian aviation professionals, among others.

In a statement signed by Mr Joe Ajaero, President of the ULC, the union demands that, “The Federal Government bans the stationing of the Army and Police in our workplaces and factory premises. The Government should demand that the Federal Ministry of Labour sets up a task force immediately to carry out factory inspections as most of our factories are death traps.

“An immediate review of the Privatisation of the Power Holding Company of Nigeria (PHCN) to save Nigerians the agony of suffering under the suffocating darkness which the GENCOs and DISCOs have foisted on the nation and immediately prevail on AMCON and Barrister Nwaobike (SAN); the receiver manager of Delta Steel Company Ovwian Aladja who short-paid workers by 75% to quickly rectify it and repay the deficit.

“The immediate payment of all the arrears of salaries owed Nigerian workers at all levels of Government without exception.

“The Federal Government honours its 2009 agreement with University Lecturers under the umbrella of ASUU quickly and commence negotiations with them on new issues so that our universities will re-open.

“The roads leading to all the Petroleum refineries and Depots nation-wide be repaired by the Government to avoid the present carnage of lives, wastage of products and properties on these roads.

“That the proposed Bill at the National Assembly seeking to control free speech couched under the guise of the Bill against hate speech but has the real intention of protecting the ruling elite from being held accountable by the citizenry. We therefore demand the discontinuance of that obnoxious Bill by whoever sponsored it.

“The withholding of registration certificate of the ULC be stopped and the certificate released forthwith so that the nation’s Industrial Relations clime will be made more inclusive and robust.

“The immediate inclusion of all representatives of labour in the various committees, Agencies and Directorates of Government and not singling out just one centre for these purposes negating the tenets of the nation’s Laws. Any of such appointments that have been done contrary to this, we demand an immediate reversal.

“The immediate inauguration of the national minimum wage negotiating committee in line with the above so that it can commence sitting instantly.”