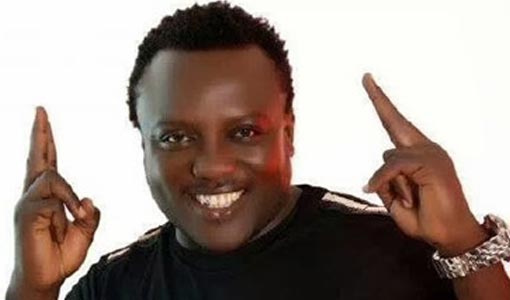 An Ikeja High Court in Lagos has ordered substituted service in a case involving popular Fuji musician, Saheed Osupa and the Baale of Omole, Alhaji Taiwo Nosiru Bakare and four others over the title of Agba Akin of Omole.

The judge, Justice Safari ordered that all processes in the matter be served on Saheed Osupa (Alhaji Saidi Akorede Okunola) through substituted means, that is, pasting the court summon on his last known business address.

The court’s order followed averment by the bailiff that he was unable to serve the court processes on Saheed Osupa because he was evading service.

Counsel to Baale of Omole, Adetoro Makanjuola from the chambers of Anthony Esan and Associates had sought an order of the court for substituted service following the inability of the bailiff to serve the processes on Osupa.

The judge later adjourned the matter to enable the defendant enter an appearance.

The Baale of Omole, Alhaji Nosiru Bakare had on July 27, 2016 given a seven-day ultimatum to the Fuji musician to write a letter of apology to the Omole community for falsely portraying himself as Agba Akin of Omoleland, a honorary title presently held by the former World Cruiserweight champion of the world, Bash Ali.

In a statement, Alhaji Bakare, said at no time was Saheed Osupa installed as Agba Akin of Omoleland in Lagos.

He said the Agba Akin of Omole inscribed on the compact disc of Osupa was illegal “because I did not install him.”

Alhaji Bakare threatened to drag Osupa to court if he did not apologise to the Omole community within seven days.

“You cannot claim a chieftaincy title in Lagos State without the knowledge of the Omole Community.

“Your action is embarrassing to the people of Omole and we are by this giving you seven days notice to issue a letter of apology to the community or face legal action.

“Your apology should be forwarded to the Omole community through our Secretary and published in three national dailies.

Alhaji Bakare explained that the Agba Akin of Omole title was initially conferred on the late Olugbenga Adefolarin, an editor with the defunct T.N.T newspaper in 1999. After his demise, it was conferred on Bash Ali (OON) in 2012.

”We have a process of conferring titles on individuals in Omoleland. It is based on merit and not pecuniary considerations.

”We honoured the Late Professor Fathiu Akesode, Vice Chancellor, Lagos State University Ojo, with the Seriki of Omoleland while his wife wasconferred with Otun Iyalode of Omole Land, Professor Idowu Sobowale, former Ccommissioner of Education, Lagos State, was also honoured while Are Oladapo Atinsola was made the Aare Ona Kakanfo of Omoleland.

”These are just a few of the people we have honoured. We don’t sell our traditional titles. You must have contributed to the development of Omole Land and Nigeria, as a whole before we can recognize you.

”Chief Saheed Osupa should inscribe on his cap Agba Akin of Ojodu Abiodun Land, Ifo Local Government, Ogun State and correct such in all his CDs, videos, posters within seven days of this publication before we take legal action,” Alhaji Bakare stated.

The traditional ruler of Ojodu-Abiodun in Ifo Local Government Area of Ogun State, Oba Sikiru Adelani Alabi had in 2016 warned Osupa not cause confusion in the society by continuing to lay claim to the Agba Akin of Omole title.

The traditional ruler who installed Osupa as Agba Akin of Ojodu-Abiodun said his jurisdiction did not extend to Omole which Osupa is claiming.

He warned the musician not to cause enmity between him and Baale of Omole, Alhaji Nosiru Bakare, who is threatening to drag Osupa to court for laying claim to the Agba Akin of Omole title.