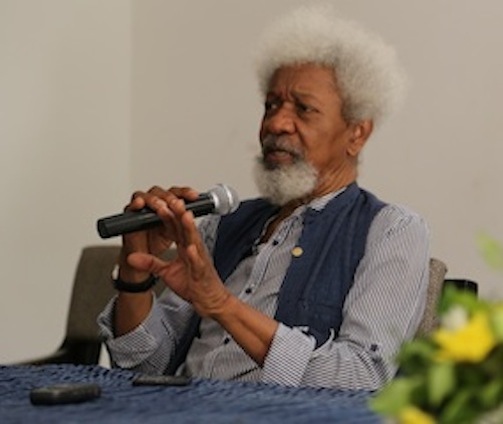 Nobel laureate Wole Soyinka says being an itinerant teacher has become “a way of life” as he takes up a post as visiting professor at the University of Johannesburg.

The 83-year-old Nigerian playwright and author told students and journalists at the South African university on Friday that the benefit of encountering different cultures during his travels is that “one does not stagnate.”

Soyinka was awarded the Nobel Prize in literature in 1986. He says he and his Johannesburg students might create a play together, as well as discuss history and international relations along with literature.

Soyinka drew laughter after saying: “What I don’t know, I’ll pretend that I know.”

The university says it hopes Soyinka’s periodic presence on campus will boost plans to set up a creative writing program.