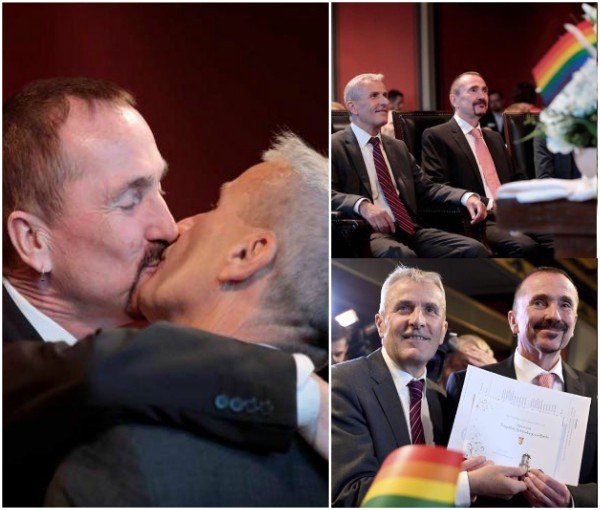 Two German men made history Sunday by saying “I do” and becoming the first same-sex couple to marry after decades of struggle, but campaigners say the battle for equal rights isn’t over.

Wedding bells were to ring out in Berlin, Hamburg, Hanover and other German cities where local authorities have exceptionally opened their doors on a Sunday, allowing weddings on the day the law comes into effect. 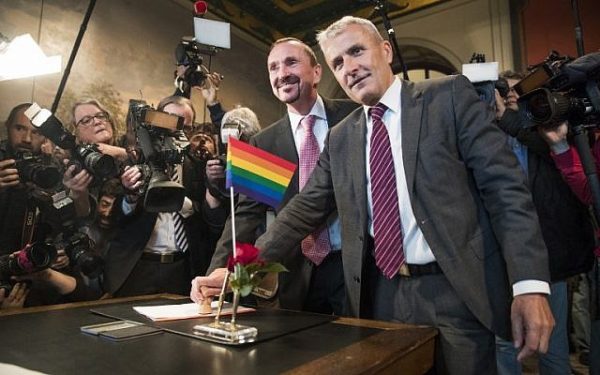 Bodo Mende, 60, and partner Karl Kreile, 59, exchanged their vows at a desk decked out with white flowers and rainbow flags.

Then, they turned to offer a shot of their first embrace as a married couple to the throng of photographers and TV crews from around the world who packed the south Berlin registry office alongside their friends and family. 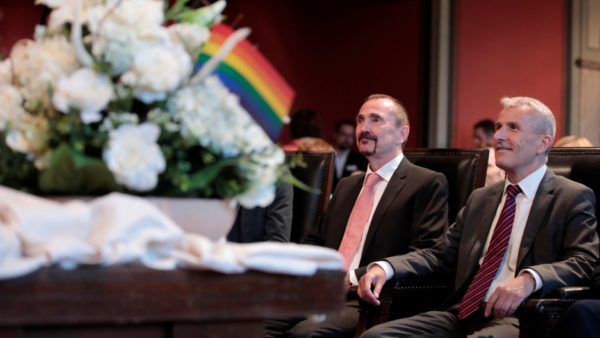 “I’m unbelievably satisfied, this is extremely symbolic to be recognised as a completely normal couple and no longer to have a second-class marriage,” Kreile said after the two cut a slice of rainbow cake.

Mende and Kreile, longtime gay marriage campaigners who have been together since 1979, wanted to tie the knot as soon as possible — after being among the first to enter a civil partnership back in 2002. 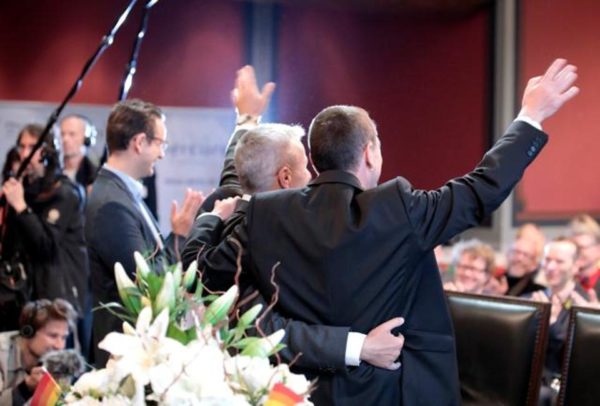 The dash to exchange vows comes three months after lawmakers voted to give Germany’s roughly 94,000 same-sex couples the right to marry, following a shift in position by Chancellor Angela Merkel. 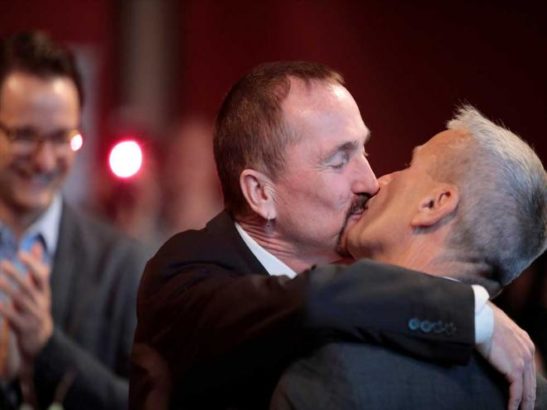