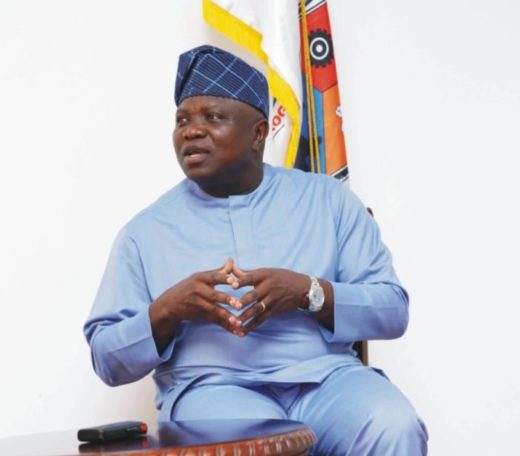 The Lagos State Government on Monday said it would continue to search for new and innovative ways to drive infrastructure development and economic independence.

Gov. Akinwunmi Ambode said this at the 1st Lagos State Infrastructure Round Table hosted in collaboration with the Harvard Business School Association of Nigeria (HBSAN) in Lagos.

“The population of Lagos State today is estimated at 24 million people and still counting, equal to that of 30 African countries put together.

“By 2050, Lagos is on track to be either a city of 36 million people or the 6th largest city in the world after Mumbai, Delhi, Dhaka, Kinshasa, and Kolkata.

“It should also be ahead of Tokyo, Karachi, New York, and Mexico City.

“We have a migration rate of 86 people moving into Lagos every hour, higher than New York, London or Mumbai and a population density of 6,939 persons per kilometer.

“We have an average of 5 persons per household. Lagos State requires 1 million housing units every year for five to 10 years to fix the housing deficit.

He added that the state generated 13,000 tonnes of solid waste per day,

The governor said that the deficit could only be imagined in 2017 as well as the challenges and pressures on the physical and social infrastructure that came with it.

According to him, there is the need to carefully assess situations and take careful and deliberate actions to handle the challenges that faces the state.

He said that it was important to take actions that would not only affect the people’s livelihood today, but also protect the future of the younger generations.

Ambode said that the state decided to collaborate with HBSAN to tap into the alumni expertise and help address the infrastructure challenges in Lagos State.

He said: “In government, we do not have all the answers. That is the truth. That is why we are here.

“I hope to get some answers because we represent hope to many people and we must provide for all who make Lagos their home,’’ the governor said.

In his keynote address, Prof. John Macomber identified massive urbanisation, worsening resources scarcity and inability of most governments to invest in infrastructure as three trends driving economic development in the world.

He said that large global capital with technological breakthrough was now combining to a new era in private investment in public infrastructure around the world.

“It is now time for companies and investors to look more closely at financing and developing sustainable, resilient cities like Lagos with infrastructure.

“These actors can be attracted when government creates the enabling environment by making friendly policies that will reduce bureaucracies, reduce corruption and embrace technology framework.

“This will drive infrastructure development and make cities like Lagos more competitive and better the quality of lives,’’ Macomber said.

In his remarks, Dr Andrews Nevin, an Economic Strategist from Harvard University, urged the Lagos State Government to review its land registry policy and tie it to identity management to help boost tax revenue.

“I have been in Lagos for a while now and realise that revenue can be generated from land registry but only if the owners of lands and property are identified and appropriate tax system accrued to them.

“This revenue can be used to drive infrastructure development in Lagos because if Lagos develops, the value of land and properties will go up; and these land owners will also benefit,’’ Nevin said.

The alumni are those who have benefited from management education at the institution.