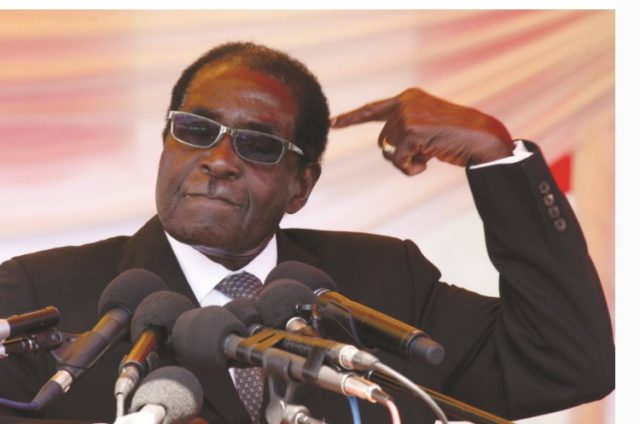 It has been reported that a Zimbabwean activist, Sten Zvorwadza was arrested for describing the ancient President of the country, Robert Mugabe as a dead man walking.

Zvorwadza made the remark about the 93-year-old leader while he was commenting on the recent disturbance between authorities and vendors.

It happened that the Zimbabwean police launched a campaign called “operation restore order” to get rid of vendors in the streets of the country’s capital, Harare.

According to Buzz SouthAfrica, the operation was initiated after Mr Mugabe complained that the streets are overcrowded and must be cleared.

Being the leader of a street vendor’s union, Zvorwadza reportedly expressed dissatisfaction with the way the authorities handled the issued. It is said that he described Mugabe as an old, day-dreaming President who’s walking dead.

For that, he was arrested and charged for insulting and undermining the President.

Zvorwadza is famed as an anti-Mugabe campaigner who has led several protests, encouraging Zimbabweans to rise and get rid of Mugabe.

Confirming Zvorwadza’s arrest, the Zimbabwe Lawyers for Human Rights (ZLHR) related that he’s yet to appear in court.

Sometime in February 2017, the Zimbabwe Human Rights NGO Forum expressed that it is concerned about the unwarranted clampdown on vendors by the Zimbabwe Republic Police (ZRP) in Harare Central Business District.

Then, the forum bemoaned the unnecessary efforts to get rid of the sellers which resulted in the arbitrary arrest and torture of vendors.

“Arbitrary arrest, torture, and the propensity of the ZRP officers to use brutal force on citizens is a violation of an individuals’ self-worth and the right to personal liberty, human dignity, personal security and freedom from torture or other cruel, inhuman and degrading treatment and punishment; rights that are all protected in the Constitution of Zimbabwe,” stated the forum.

With that, it urged the government of Zimbabwe to investigate all allegations of human rights violations, prosecute and punish acts of torture to bring justice to the victims. Hardly can anyone tell if that was ever done.