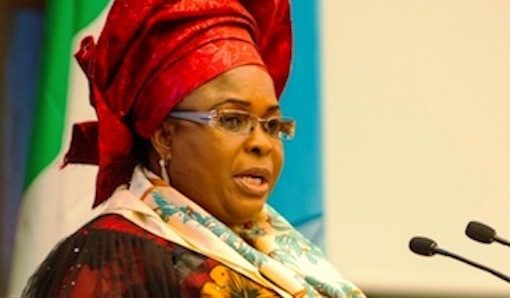 Former First Lady, Mrs Patience Jonathan, on Wednesday, got a reprieve as the Senate Committee investigating the petitions against the freezing of her accounts, directed that they should be unfrozen.

The Senate Committee on Ethics, Privileges and Public Petitions, after subjecting the Management of four different banks, where the first lady had accounts, directed that those accounts not encumbered by any legal process be re-opened.

The Committee, headed by Sen. Sam Anyanwu, observed that some of the accounts were frozen based on some administrative lapses.

According to the Committee, one of the accounts which is with the Stanbic IBTC Bank, had not breached any known law or due process.

The committee members were particularly displeased with what they called arbitrary manner in which the Economic and Financial Crimes Commission (EFCC) used the banks to close the accounts without complying with due process of law.

After listening to the committee, bank executives present informed the lawmakers that the court order vacating the earlier ones relied upon by the EFCC to close the accounts were not made available to them.

Consequently, they promised to re-open those accounts having been made to known of the vacation order.

The committee expressed shock that the banks could rely on ordinary letter by the EFCC anticipating a favourable ruling to free Customers’ accounts.