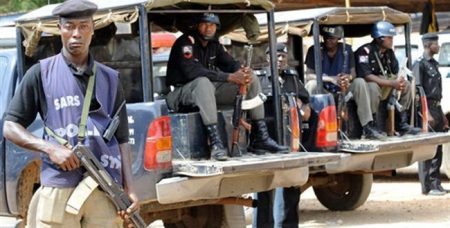 The Police in Jigawa on Thursday announced the arrest of five persons suspected of breaking into 10 shops in Dutse, the state capital.

The command Public Relations Officer, Jinjiri Abdu, confirmed the arrest in an interview in Dutse.

According to him, the suspects have been terrorizing shop owners along the popular Hakimi street in Dutse and other parts of the town.

Abdu alleged that those arrested had broken into over 10 shops in the last three months and carted away goods and other valuables.

The command spokesman explained that three of the suspects believed to be directly involved in the alleged crime were apprehended in the locality while two others were arrested in Kano for alleged receipt of stolen items.

He said the suspects would be charged to court on conclusion of investigation and urged residents to be vigilant and report any suspicious character to the nearest police station for prompt action.

Tags:   Burglary   The Police in Jigawa