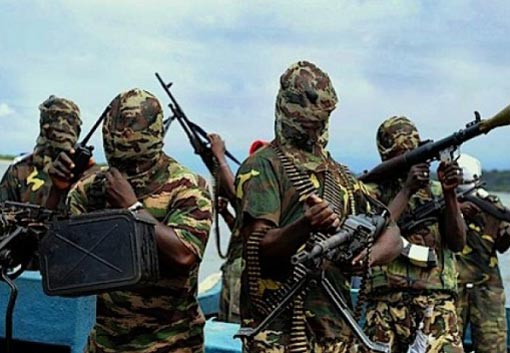 If the threat by the Niger Delta Avengers to resume hostilities with the Nigerian government anytime from now is anything to go by, then Nigeria is in trouble again.

Niger Delta Avengers , a group of militants that struck oil installations in Niger Delta region last year, Friday announced on its website an immediate end to its ceasefire with the Nigerian government.

In a statement, the group said it would resume hostilities any day from now, saying the Buhari administration has not been sincere with its peace talks and promises for the Niger Delta, Premium Times reports.

The group also condemned a former top militant in the region, Government Ekpemupolo, a.k.a. Tompolo, saying he had failed to live up to his leadership roles for those who seek absolute “emancipation” for the region.

The statement was signed by the group’s spokesperson, named Mudoch Agbinibo, who also announced a string of successful attacks on oil and gas facilities that sent major international oil firms like Shell and Chevron deferring activities last year.

The group also named the Minister of Transport, Rotimi Amaechi, as one of Nigerian government’s loyalists sabotaging its cause.

The militants have not carried out any major attack since the beginning of this year.