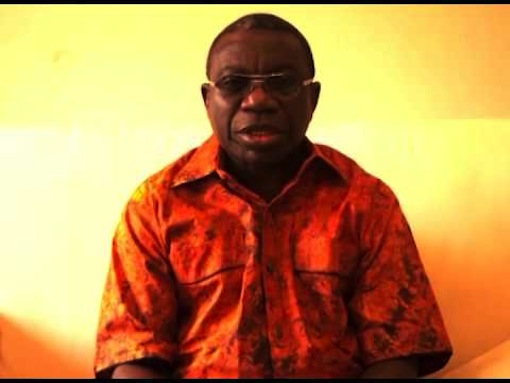 On the morning of Sunday, November 5, 2017, a young man dressed all in black disembarked from his car and walked calmly towards a small white-painted Church in Sutherland Springs, Texas where a Sunday morning service was in progress. He was carrying an assault rifle. At the door, point-blank, he opened fire on the congregation.

In the space of a few minutes, twenty-six people – men, women, children, would be lying dead inside the Baptist Church. Another twenty would be carrying grievous injuries. A few would have managed to escape through side doors and windows from the house of worship that had suddenly become a killing field.

An all too familiar scenario quickly began to play out. Within the hour the killer was dead, hunted down, it turned out, by a citizen who had witnessed the carnage, and who had wrestled with the gunman and somehow got him to flee, abandoning his rifle and taking off in his car. Predictably there was a rich trove of other weapons in the car. The heroic citizen, who carried a firearm himself, had talked another man into joining him with his vehicle as they pursued the killer.

The inevitable end came, for the shooter, in short order. Gunshot injuries. A horrendous crash in his car. It was unclear if he had got shot in the exchange, or if he shot himself, but what did it matter, really?

The upshot was as predictable as the shooting itself.
Donald Trump, the President, was quick to get out on the field, as usual ventilating his most primordial instinct, warts and all, through the medium designed for such outpourings of what Sigmund Freud called the ‘id’ – Twitter. It was a mental health problem – a madman on the prowl he averred. No need to start talking about gun control or such irrelevant matters. He was twitting even as some of the dead were still lying where they had fallen inside the little Church, while forensic examiners patiently went about their gory assignment of piecing the evidence together.

Some people, not familiar with the arguments, might have been bemused by alacrity the President responded- not only to ‘give madness a bad name’, but also to exonerate the gun carried by the killer, and the society that placed that gun within his reach, from any iota of blame, or responsibility.

There were other aspects to the drama that might have been funny if they were not so deadly serious. The governor of the state of Texas – Rick Perry, was a prominent and unabashed figure in the gun lobby. Only recently, he had complained to his people that Texas could not accept the statistics of being second to another state in the USA in terms of gun possession, and he had encouraged his people to get out there and buy more guns. In the aftermath of the shooting, he was all over the world’s media as captain of the management team, offering calm assurance to the public, and urging them to show that ‘Texas is strong’. His admonition to the public? The people of Texas should hug their children and tell them how much they loved them. What exactly that had to do with the issues at hand – including the twenty six dead who had left home earlier in the morning to attend Sunday service and were now being conveyed to the mortuary, or the twenty citizens of Sutherland Springs in hospital with gunshot injuries, fighting fort their lives – was not clear at all to most people viewing the drama from other parts of the world. But it was perfectly clear to the people – invariably men, mostly white – who held the real power in America. Madness would be hung out to dry, platitudes would be bandied about on the need to increase funding for mental health interventions in the country, and, in reality, nothing would change. Until the next massacre, when the same rigmarole would be enacted, yet again.

America is a country that harbours and nurtures some of the finest learning institutions in the world – the Harvards, the MIT, the University of Chicago. It is the country whose scientists and institutions – including Health Institutions, have won more Nobel Prizes than any other country in the world. America is, or it should be, the home of Innovation based on hard-nosed evidence.
In the light of this ‘reality’ concerning the capabilities of America, the ‘actual reality’, as represented by the ‘Mad Gunman’ blanket explanation for its epidemic of mass shootings, which antedated Donald Trump, let the truth be told, but is pretty much like the Trump-era innovation of ‘Alternative Truth’, is – not to put too fine a point on it, utterly nonsensical and without a shred of evidence in its favour.

More people die in a year in the USA from gun violence in its homeland than from ‘terrorism’ or all its foreign wars. The USA has more mass shootings than the rest of the world. Apart from the scourge represented by the upsurge in the use of opiates, there is no evidence that the United States has more mental illness than the rest of the world, so mental illness cannot be the reason for the disparity.

The one item that correlates with the incidence of gun violence – including mass shootings, and could help explain why America is in a class by itself – is the rate of gun possession per unit of the population, and the ease of acquiring additional firearms – including sophisticated assault weapons that go beyond the recognized needs of ‘self-defence’.

It is a clear point to the discerning, but it is a sore point, and even an unacceptable point, to a rich and powerful segment that holds American policy by the jugular. It is a point that Barack Obama fought in all the years of his Presidency to get his country to acknowledge, even if, as a pragmatist, he knew that any prescriptive action deriving from the insight was going to be, at best only a token. In reaction the gun lobby alternately mocked and hounded him all through his years in office, and he ended up – eloquent salesman that he was, with nothing to show for his effort.

There is a macabre ‘Roll of Honour’ that every few weeks gets a new addition. On October 1,2017, in Las Vegas, Stephen Paddock killed 58 people and injured 500 when he fired into a crowd attending a country music concert in an operation that was meticulously planned and flawlessly executed. On June 12, 2016, Omar Saddiqui Mateen opened fire inside a gay nightclub in Orlando, killing 49 people and injuring 50 more. On December 14, 2012, at Sandy Hook Elementary School in Newtown, Connecticut, twenty year old Adam Lanza gunned down 20 children – aged between six and seven years, and 6 adults, as well as his own mother, and, eventually himself. On July 20, 2012, James Holmes, 24, entered a theatre in Aurora, Colorado that was screening a new Batman film with an assault rifle, a shotgun and some handguns and began spraying the crowd. He killed 12 people and injured 58.
And so on.

Of course it stands to be argued that something has to be wrong somewhere before a person can pick up a gun and start to shoot at other human beings, especially when the incident appears ‘unprovoked’. It is interesting to do a detailed study of the persons, background, and circumstances of the perpetrators of some of the most ‘famous’ mass shootings that have taken place to understand the context. Take Devin Patrick Kelly, the young man who killed all those people in the Church last Sunday. It turns out his mother in law, against whom he had made threats, occasionally attended the said Church, so the choice of the Church may not be as arbitrary as it might have seemed at first looking. He was a man with a history of domestic violence against his wife and child. He had been dishonourably discharged from the Navy. There is no evidence that he was ‘hearing voices’ or ‘seeing visions’ as those who like to dramatise the ‘mad gunman’ theory of the mass shooter would advertise, although he had had a previous short stint in a psychiatric unit after he threatened to shoot his Navy superior. From all appearances, he was a ‘bad’ young man, not the sort of person you would happily give your daughter’s hand to in marriage, and not the sort you would wish to have as neighbor, or co-worker. But was he ‘mad’- meaning ‘out of touch with reality, and not responsible for his actions? The answer is probably ‘No!’.

Or take Stephen Paddock, 64 years old, the rich accountant and gambler who carried fifteen guns over a number of days into a carefully chosen 32nd floor hotel room overlooking the venue of a concert. From there, in a burst of persistent ‘spraying’ lasting about fifteen minutes, he slaughtered fifty eight and injured five hundred. He had no history of psychiatric illness, and had not been observed in any untoward behavior by anyone who knew him. However he had a ‘bad’ father – a famous, unrepentant ‘sociopath’ and criminal who at one time was number 2 on the FBI’s ‘Most Wanted’ list. Was he secretly carrying the ‘badness’ of his father all these years? Was the ‘badness’ – the lack of scruple, the lack of capacity for empathy with other people, in fact, part of why he was successful in business? Was it an ego thing, and he was just trying to prove he was ‘badder’ than his father?

There is a history to the tendency to ‘medicalise’ social problems. When Tony Blair was Prime Minister in the UK, there were sensational reports of people who committed murder or assault and were sent for mental health evaluation because ‘they had to be mad’. Powerful figures in the Press demanded that more forensic hospitals be opened to keep such people away ‘permanently’. Many ended up with the ‘psychiatric label’ of ‘Sociopath’ – which is really a ‘Personality Disorder’ and not an ‘illness’ as such. At a time, UK Psychiatrists were keen on doing ‘psychotherapy’, behavioural therapy and other new-fangled interventions on such people, and they welcomed the additional funding. But the truth quickly emerged that the value of ‘treatment’ in changing the behavior of a ‘bad’ person is dubious at best. It was also decided that it should be not used as extenuation or explanation which might allow a criminal to literally ‘get away with murder’. In the end, the Mental Health Profession rejected the attempt of government to use them as ‘gatekeepers’ of society and insisted that cases should be tried on their merit except in clear situations of formal mental illness, and convicted offenders should go to prison.

What is happening in America is an ideologically based but ultimately misguided effort to avoid facing the necessity of gun control. In the process the ideologues, claiming their rights under the ideology of a ‘Second Amendment’ that was written for a different era, most of them on the ‘Right’ or ‘Extreme Right’ – are worsening the already onerous burden of stigma which is attached to mental illness.

It is a sad case of America not only failing to do right by itself, but also abdicating its position of moral and scientific leadership it likes to arrogate to itself in the world.