Forbidden in China, but Trump tweets about Beijing trip 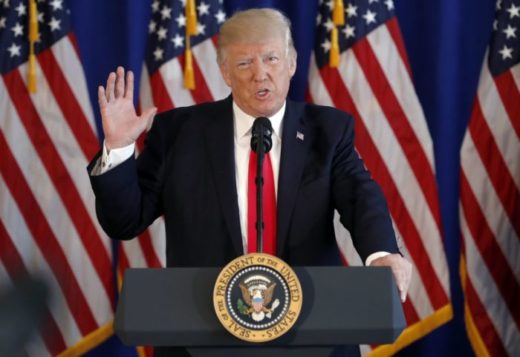 U.S. President Donald Trump went around and over the “Great Firewall” of China in a late-night tweet in Beijing as he thanked his hosts for a rare tour of the Forbidden City and a private dinner at the sprawling, centuries-old palace complex.

That was not an issue for Trump, known for tweeting to his 42.3 million followers at any hour of the day, on Wednesday, the day he arrived in Beijing.

“On behalf of @FLOTUS Melania and I, THANK YOU for an unforgettable afternoon and evening at the Forbidden City in Beijing, President Xi and Madame Peng Liyuan.

“We are looking forward to rejoining you tomorrow morning!” Trump tweeted.

Trump even changed his Twitter banner, uploading a photograph of himself and Melania with Chinese President Xi Jinping and his wife, Peng Liyuan, during a Chinese opera performance at the Forbidden City.

The Twitter banner upload did not go unnoticed by Chinese state media, with state broadcaster CCTV flashing screenshots of the photograph on Thursday.

Trump’s visit was also the third-most talked-about topic on Chinese social media platform Weibo over the last 24 hours, trailing only the birthday of a singer in a Chinese boy band and a weekly Asian pop song chart.

“I guess he must have done it via WiFi on a satellite network,” a user on Weibo said.

Another option is to sign up for a data-roaming service before leaving one’s home country, though not all of Trump’s tweets in China were bright and cheerful.

“NoKo has interpreted America’s past restraint as weakness.

“This would be a fatal miscalculation. Do not underestimate us. AND DO NOT TRY US,” he tweeted about reclusive North Korea’s nuclear and missile threats.