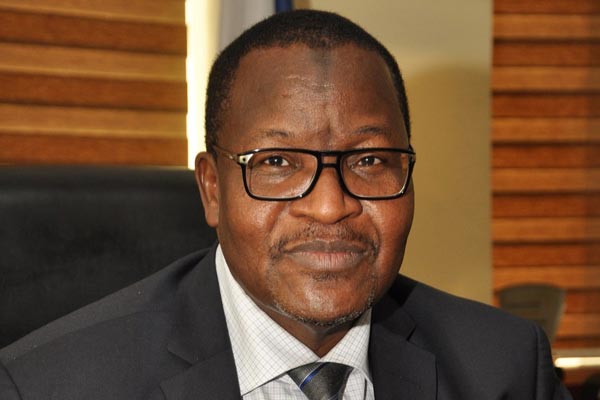 The Nigerian Communications Commission (NCC) says it will soon auction and assign new spectrums to boost broadband penetration in the country.

The Executive Vice Chairman of NCC, Prof. Umar Danbatta made this known in Lagos during the Telecom Executives and Regulator Forum, organised by the Association of Telecommunications Companies of Nigeria (ATCON).

The theme of the forum is: ”Removing Barriers To Growth And Innovation”.

He said that the commission would strive to provide the required frequency spectrum capacity needed for broadband deployment.

According to him, the process for new spectrum auctions and assignments to drive mobile and wireless broadband is ongoing.

”The commission will facilitate the re-farming of existing spectrum held by operators to provide broadband services without impacting their Quality of Service (QoS) delivery.

”The commission will also auction the 700 Megahertz (MHz) band once available, for 4G LTE coverage requirements and will open up and assign other spectrum bands in an open and transparent manner,” he said.

Danbatta said that according to the Nigerian Broadband Plan, Broadband within the Nigerian context was defined as an internet experience where the user could access the most demanding content in real time, at a minimum speed of 1.5 megabit per second.

According to him, broadband also means high-capacity networks that can deliver very large amounts of information simultaneously, as a result, they can deliver voice, data and video all at the same time.

”The broadband industry ecosystem comprises of government policies and programmes, regulatory frameworks and environment, then the supply and demand sides of the services.

”The industry is currently seeing the trend of increasing use of data enabled devices such as smartphones, dongles, MiFis, among others.

Danbatta said that the current status of broadband infrastructure in Nigeria showed that there was adequate international bandwidth from International submarine cable landing on the country’s shores.

He said that optimal deployment of broadband infrastructures was critical to driving broadband availability, accessibility and affordability in Nigeria.

According to him, the availability of broadband infrastructure will unlock new opportunities and drive a second wave of growth in the telecommunications industry and the economy.

He said that broadband was a productivity enabling technology and its penetration rate was 21 per cent as at February 2017.

Danbatta said the commission was optimistic towards achieving the 30 per cent broadband penetration target by 2018.